We’re right in the middle of the two week break now and finding a balance between keeping them happy and me getting time to work is a tricky one. Obviously I want to spend time with them and have been, but a few hours of each day I need to work! Step in some new collectable  toys that were sent to us [gifted for review- post contains affiliate links] at the perfect time and Athena has been kept happy!  First up is the most exciting for me, because it’s a toy that I have SUCH sweet memories of from my old childhood – a retro style My Little Pony! When Athena first got into ponies I looked everywhere for the ‘traditional’ style ones, rather than cuddly ones or the equestria girls and couldn’t find them apart from at extortionate prices on ebay for original 1908’s ones! Now though to celebrate the 35th anniversary a new Retro range of My Little Pony toys have been released! They are exactly like the ones I had as a kid and Athena is now the proud owner of Confetti and has barely let her out of her sight! 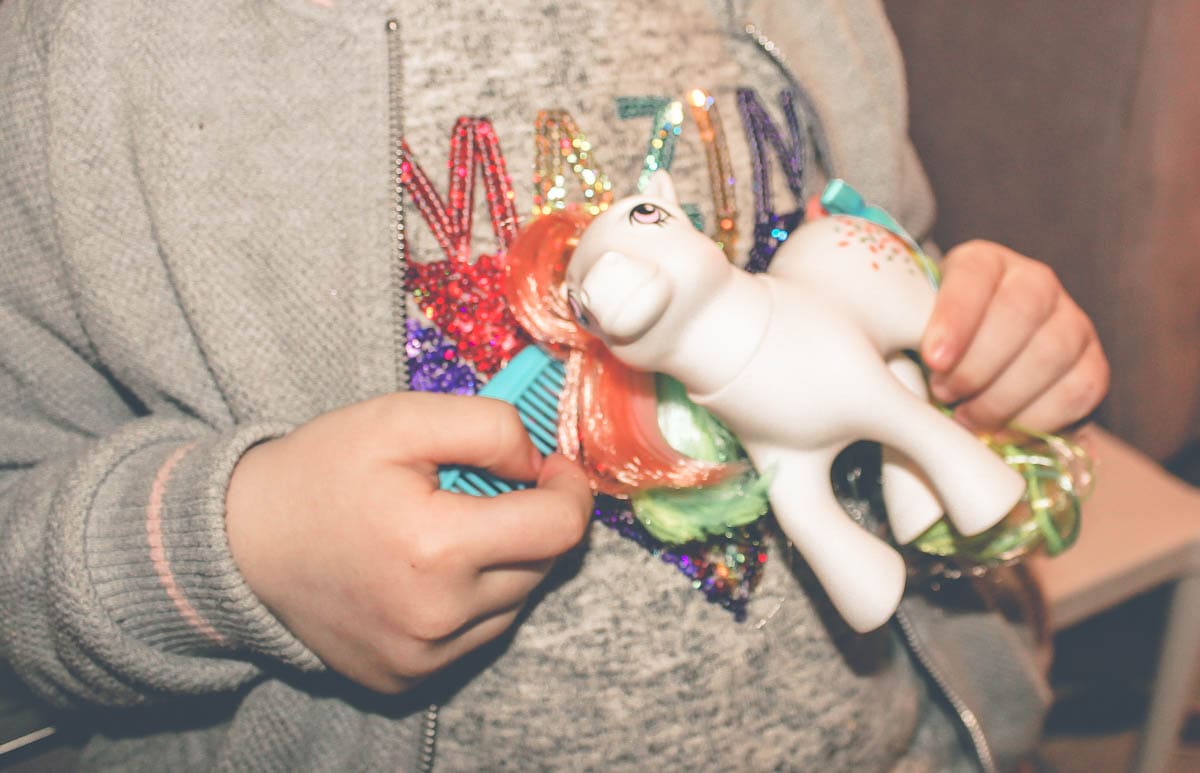 With glossy rainbow hair tied with a ribbon, a sticker, comb and a a glittery cutie mark it’s just like the My Little Ponies of the eighties, and I can say that as I was a child of the 80’s myself! Athena has now added her other favourites from the series to her wish list for her birthday in a few months! 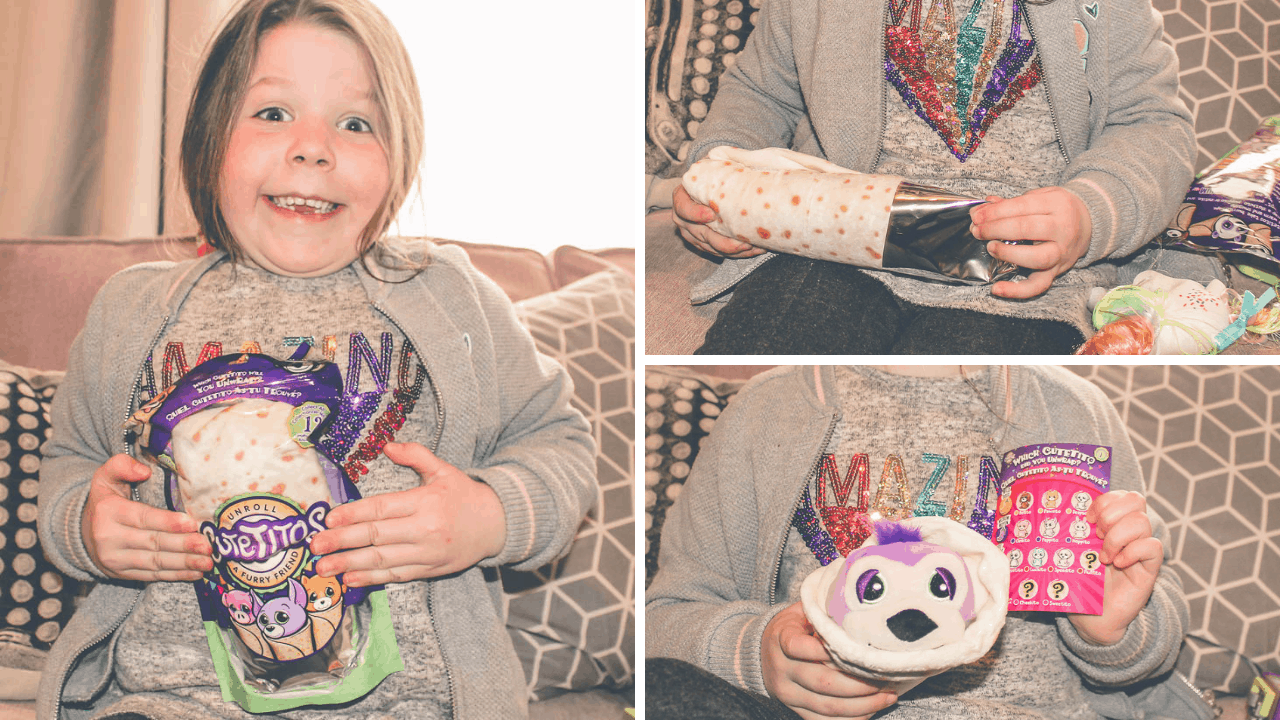 She was also sent a Cutetito, which she was incredibly pleased about! I had never heard of them but she knew exactly what they are from TV adverts apparently! She whipped this cuddly little creature out of the bag in super quick time, took it out of its burrito style wrap to look at the ‘hot spot’, which is a purple chilli. There is a list of all the available Cutiitos and a collector card telling you more about your creature. Athena has a Cheekito. It’s a perfect size for an easily transportable ‘cuddly’ as it’s not small enough to lose easily but will happily fit in a kids back-back and not take up too much room! Arlo of course now wants a Cutetito burrito baby himself, there are twelve to collect, and he’s desperately after a ‘slothito’ as he adores sloths! 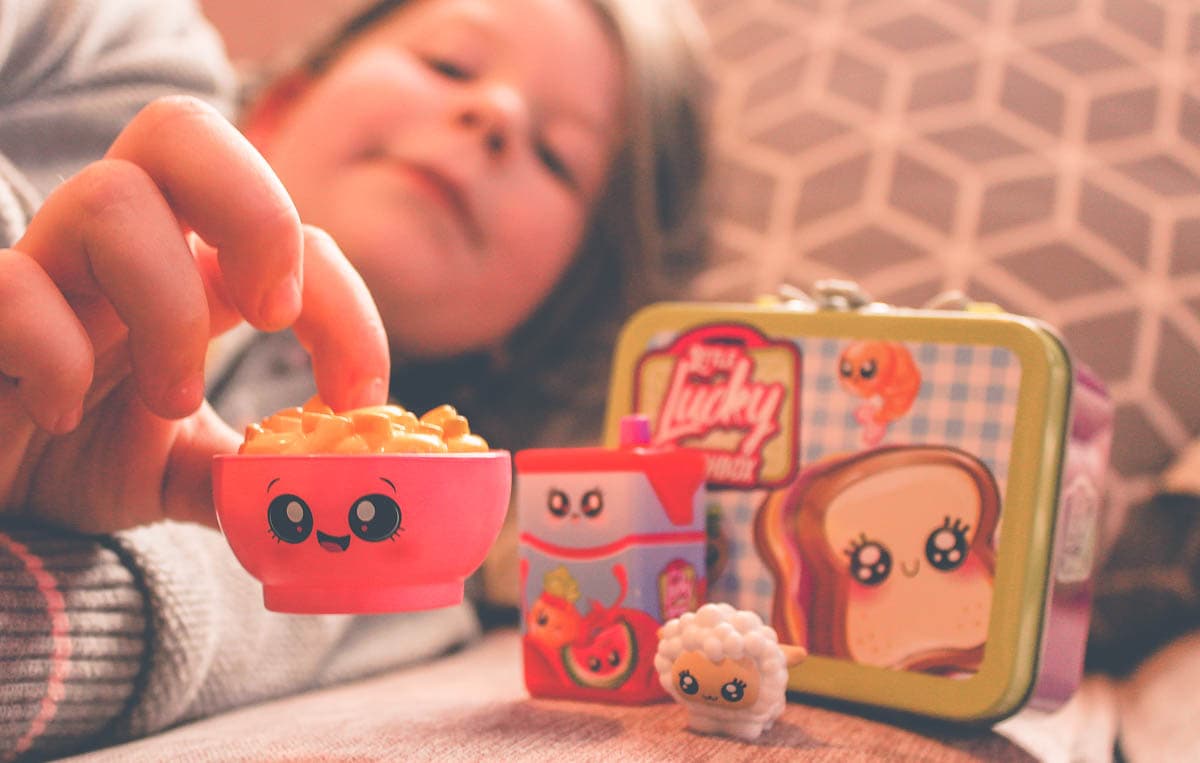 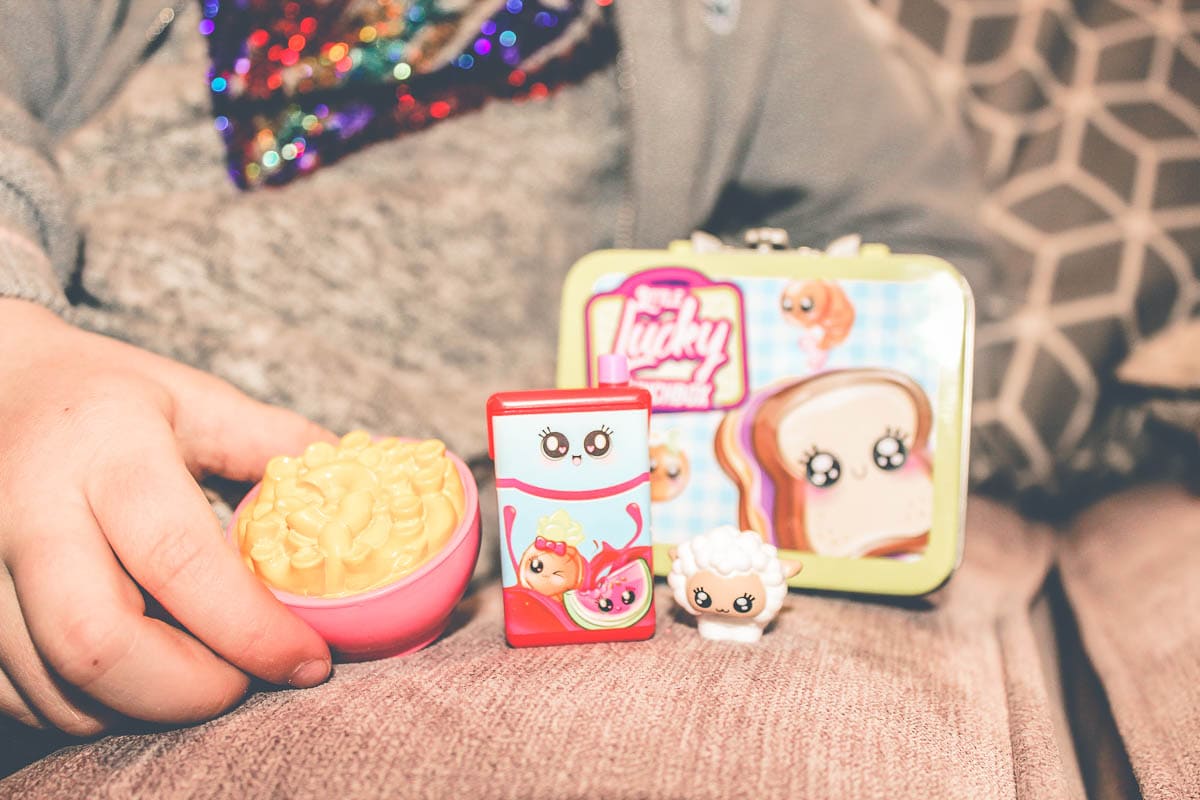 Finally Athena was really happy to find a Little Lucky Lunchbox another collectable toy, in the form of a super cute old fashioned style metal mini lunchbox with 2 foodie friends and 2 surprised inside each one. Kids can collect, display and swap them amongst themselves to build up their collections.  Athena got a little rubbery mac n cheese (her favourite pasta dish!) with a juice box that opens, a sticker and a little sheep. I’ll be honest – it’s a very random assortment of things and a pretty odd concept to me as an adult, but my five year old thinks it’s the best thing ever so target audience appreciation achievement unlocked! 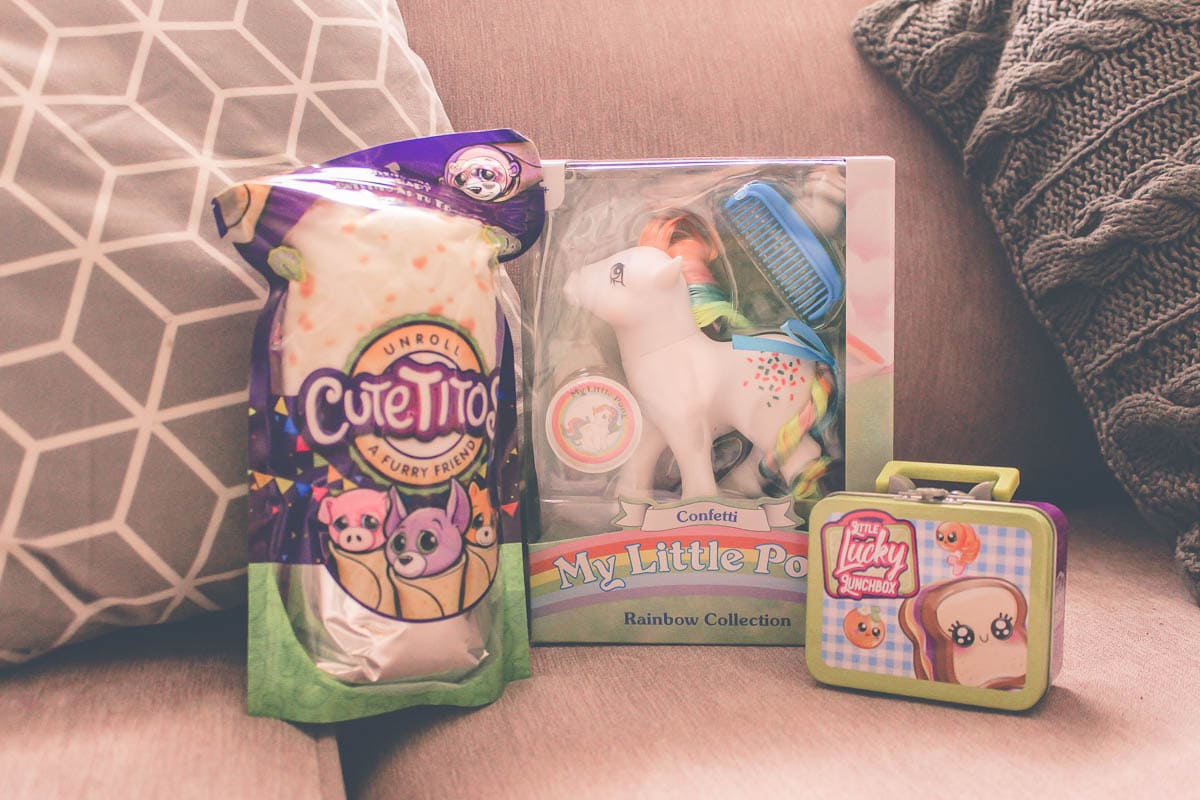