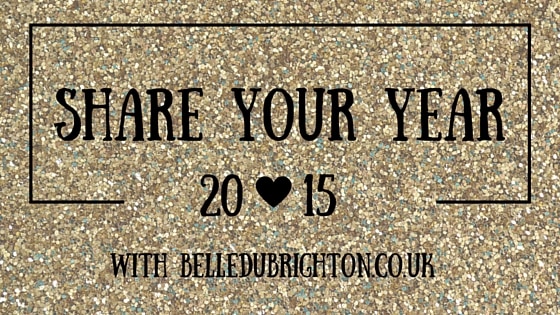 2015 was a big one for us as a family! The most obvious addition was Arlo, then Sam opened up a new hotel. We started hunting for somewhere to buy, and had an offer accepted in early September. Here’s my annual round up and link-up for any one else who writes a similar post!

The first three months of 2015 were pretty quiet, I was heavily pregnant, working my day job and not sleeping well due to peeing every forty-five minutes practically! I started my maternity leave at 36 weeks as I had to use up holiday, and I wanted a few days to sleep & nest whilst Athena was at nursery before the new arrival! Right on the last day of March we welcomed Arlo a few days later than planned, here’s my natural c section birth story.

April, May & June
We spent a quiet Easter getting to know Arlo and settling in to being a family of four, with walks in the bluebells and lots of park trips. When Arlo was five weeks old we had a lovely week away with our best friends at Bluestone. In June I went to britmums (as did Arlo, poor thing!) We also started swimming lessons with Arlo, here’s his underwater photo shoot. Athena turned two in June too!

July, August & September
The summer was a fairly busy one, and I felt like things were getting back to normal again as I adjusted to having two small people with me to look after! Sam was doing a lot of miles with work between hotels for work, we did a lot of playgroup-ing, spent time at parks and the splash pad too! We had days out in London (we went on the London Eye & visited Kensington Palace and Hastings as a family in August and spent a few days in Norfolk with Sam’s folks in September too. Oh! and a lovely weekend on the Isle of Wight for my friend Skyes wedding, as well as having an offer accepted (after viewing close to 20 places!)

October, November & December
I started a new freelance social media client in October, in November we celebrated our third wedding anniversary (well, we didn’t really celebrate, we had a takeaway!) and had a last minute weekend in Norfolk as we knew we’d not get up in December at all! Arlo started baby led weaning & I fell in love with Autumn when it finally arrived Sam opened his new hotel in December so we hardly saw him as he’s been working such long hours (and often staying at work overnight!) and Athena graduated nursery and moved up to pre school! The house buying process is still ongoing, slowly but hopefully surely! Oh! also my new laptop died overnight suddenly and got sent away for fixing but came back with the same error and a crack in the hinge, cheers PC World! Hoping to get that back asap as blogging from my phone and tablet is a nightmare!

I’ve also written a lot about breastfeeding, cloth nappies and a post about gentle parenting, a subject I want to focus on a lot more in 2016, along with Babywearing (but here’s a guide to types of carriers for now!)

So over to you! I’d love it if you’d link up any posts that you’ve written that recap your 2015, in any format at all! I’ll visit, comment and share on twitter/FB too. It would be wonderful if you could visit and comment on a few other blogs, and if you wanted to pop the button or a link back to me in your post that would be appreciated too! You can use

The link up will close on Jan 21st.