I am a person that is easily annoyed, though thankfully not easily too offended. I often see things and think NOOOOOOO!!!! Now I’ve got to the rip of old age of 33 (I know right, don’t look a day over 21!) I have just started to unfollow or mute these occurrences when I see them. But I am interested to see if they annoy other people as much as me, so here’s a list of things you can do if you want to instantly annoy me!

Fitbit bores. I may be more touchy about this one than others as I am actively avoiding the fact that still look 5 months pregnant and do no exercise, but I really couldn’t give a toss how many steps you did today, and Instagram stories of you marching up and down beside your bed before you go to sleep are not interesting!

Baby scan pictures as profile pictures. Yes I get that you are super happy you’re pregnant, I too am happy for you but I still want to see YOUR face when I’m talking to you or scrolling through rather than a grainy scan picture that looks the same as everyone elses grainy scan photos. People who have their baby as their profile picture is just as odd, you and your kid? fine. But lets face it, most babies look pretty similar for the first six months! Oh, whilst we’re at it i’m just going to put it out there, 3d baby scan pictures are just weird, blobby and alien like, they freak me out. 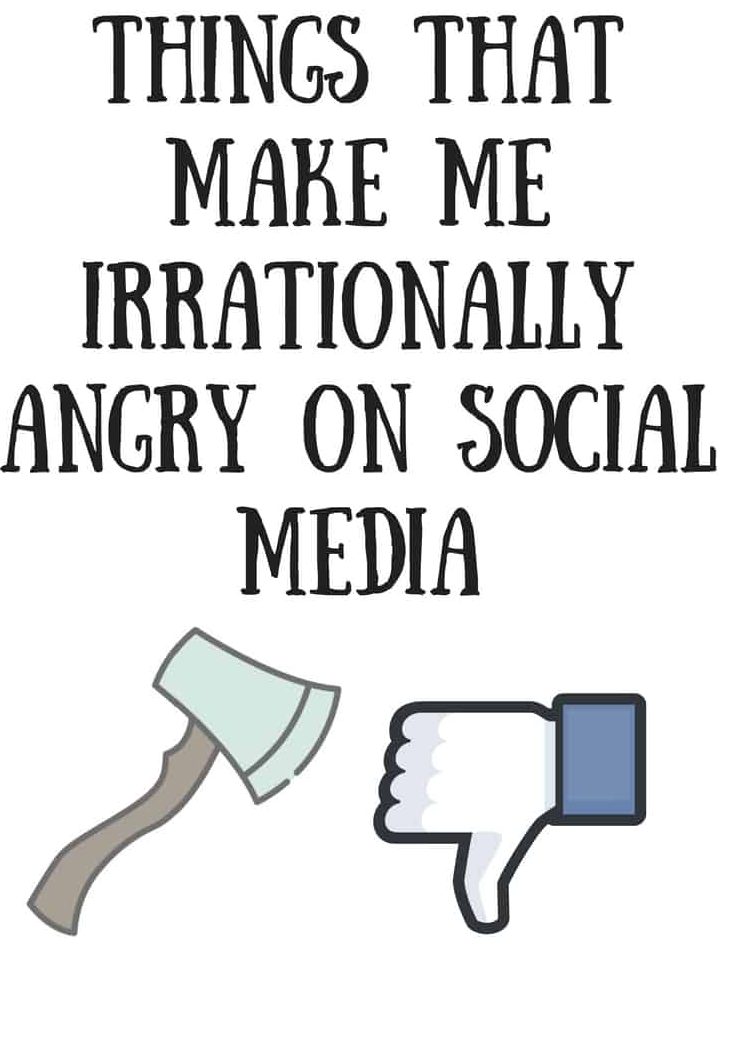 Pages who ask ‘I don’t think facebook is working right, can you leave a comment if you can see this post?’ – I have a facebook page for my blog and run two for work, I know that reach is really hard to increase and that they change their algorithms all the time but I still wouldn’t stoop to this level. Just so you know, if I see this I will probably unfollow your page, maybe even unlike it if you never post anything interesting anyway!

People who type ‘Following’ under a post when they want to read the comments later. There’s a little down arrow and the option to turn on notifications USE IT.

*runs into room excitedly*/ *waves arms in excitement* *runs in* blah blah *runs out*. You are doing none of this things, nor are we in a room, virtual or not and you’re probably just sat on your sofa typing on your phone. I can’t even explain why this annoys me so much but I cringe when I see it!

“So, if you are reading this message, make a comment using a single word about how we met. After that, copy this message on your wall and I will also leave you a word. Please, don’t leave a word and then not bother to copy the text. You’ll ruin the fun” and similar ridiculous statuses, often with NO comments at all. I  am friends with GROWN MEN WHO POST THIS SORT OF DRIVEL! I should just delete and move on, but it’s kind like a car crash that I can’t look away from… I love to check in and see what bizarre, childish things they’ve been posting so I can sit with my mouth agape for a couple of minutes.

Auto DMs on twitter. Enough said really, the general consensus is that everyone hates them, yet so many people I follow still have them! I run four twitter accounts so I see a lot of the bloody things on a daily basis! I don’t mind ones that are personal and clearly not automated, where the person has looked at my blog or responded to something I’ve been talking about but anything else? No thanks! Especially when you mis-spell your own blog name in it, doofus!

‘I’m 7 away from *insert round number here* and I hate odd numbers so please RT so I can get more followers’  – Also just NO. Go interact with people and see if they follow you back.

Auto tweets to thank you for following on twitter, and people who tweet their own horoscope on a daily basis  – Possibly worse than auto DM’s; this sort of thing is really likely to make me unfollow the account, which is a shame if the rest of their content is helpful! I’ve tried mentioning it to a couple of offenders but never got a response, so clearly they’re not interacting with people anyway, or don’t care! Also how often do you read your own tweets? Surely you’re not checking your own horoscope (which is a pile of tosh anyway in my opinion) via your own timeline?

Auto DMs on instagram… I didn’t know they were a thing but they so are, I’ve had a few recently, a couple from accounts I don’t even follow.

Ping you an email/Ping it over later. This mostly happens at work, and you don’t just ping an email, you type it and send it. Just say sent, you’ll sound like less of an idiot. To me it’s  in the same boat as people who use phrases like ‘think outside the box’ and ‘blue sky thinking’

Emails asking ‘did you mean to unsubscribe?‘ YES! I was so fed up of seeing the same name in my email in box I unsubscribed, so seeing it again has not made me happy!

What do people do on social media that makes you want to scream?