Last night the laptop stayed off, I had a nice weekend full of people and friends and family and decided to just chill out when I got home last night, so this Stuff on a Sunday post is a day late, oh well!

Last week was pretty much a write off in most ways anyway, I can’t actually remember what happened on Monday, so it can’t have been too thrilling. I started to get a dull toothache on Monday night and when I woke up on Tuesday it wasn’t worse so I headed to work, but by about 2pm I couldn’t concentrate on anything as it had got so painful, so went home. I couldn’t get hold of the dentist so called my doctor to see if I could get an appointment for the next day but she said she could get the doctor to call me back that night. He did, and as I’d had a similar thing with the same area back at Easter which cleared up with antibiotics (it’s an abscess or infection somewhere in the gum) he sorted a prescription for me. Sadly that didn’t start to work until Thursday morning, so Tuesday night and all of Wednesday was basically me getting hardly any sleep, feeling very sorry for myself and not being able to eat. If someone can fix the issue of pregnant people having teeth problems I will love them forever.  So annoyingly I missed two days of work (more annoyed about missing the wages) and got nothing done at home, with limited painkillers due to being pregnant. Sucked all round really.

Friday was a lazy day as Athena was at home and I didn’t want to risk going to far from home in case the pain came back, but we played with some long forgotten toys and read lots of books together so it was still a nice way to spend the day!

Saturday appeared and I felt a lot better, though was still having to dose up with nurofen (which you’re allowed until the 3rd trimester it seems) and headed into Brighton to meet a few people for a hot drink & cake before a blogging event. I met Clare at the station and then we joined the two lovely ladies behind Time Waits for No Mum & Our Seaside Baby, and Chelle popped along too with her little one. After a bit of a chin wag we strolled down to the South Lanes for an afternoon of crafts! 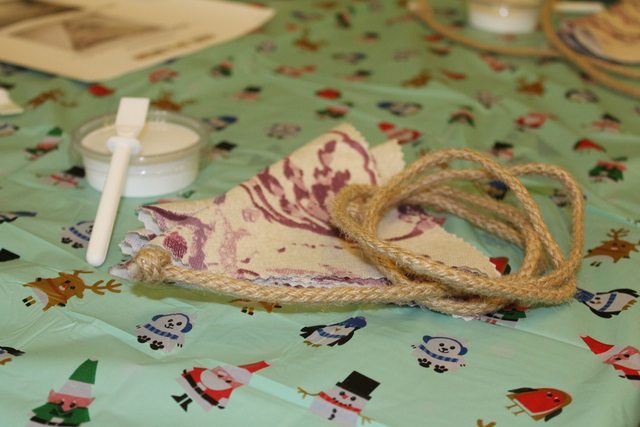 The folks at Hillarys Blinds had decided there was no better way to get people feeling festive than to have a little workshop and teach us how to make baubles and bunting. We all settled in at Tajs Tea Parlour (a lovely vintage styled homely feeling place, I’ll be back soon!) and our crafty guides for the afternoon were from Make, Do & Trend. The first task was to create bunting, and I was happy to see a glue-spreader (last seen for me circa 1996!) and pot of glue and this was a super easy no sewing required task. Diamond shaped pieces of material are placed over the rope and glued, it’s that easy! Two things to remember, don’t glue too close to the edges, and start attaching to the rope at either end, then the middle and you’ll find it easier to evenly space your flags out! 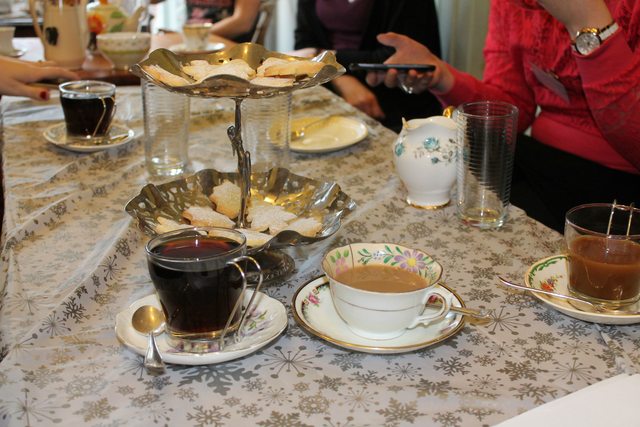 After a lovely intermission of tea, coffee and festive shaped biscuits we were onto the next task, bauble making! Now this was ten times harder than the bunting, not helped by the fact that I went a bit rogue with the instructions and had to do some hasty patching up down the line. The finished thing however is actually pretty nice looking (from one side, anyway) although my thumb has only just recovered from all the pin-pushing! You can read more about the afternoon here on the Hillarys blog, and a huge thank you to the always awesome team at Joe Blogs for putting the day together so well. 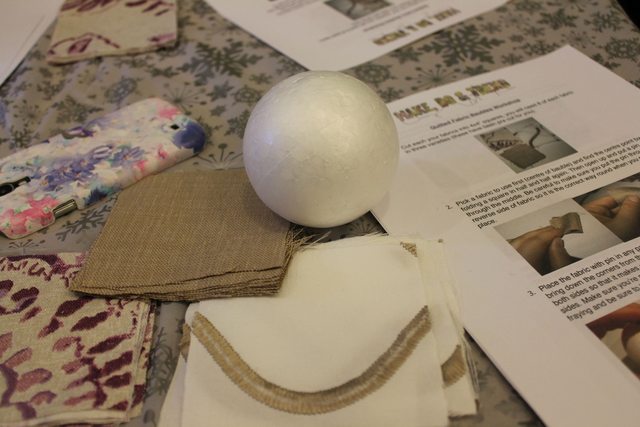 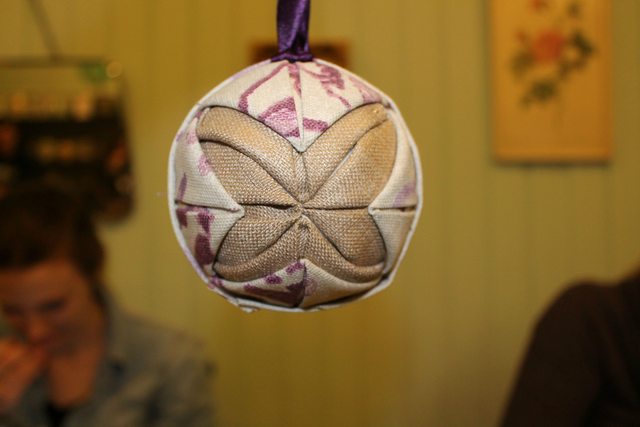 After our craft afternoon came to an end we were sent off into the night with a lovely little goody bag, and Sam picked up Clare and I and off we headed to Eastbourne. Clare because that’s where she lives and us because we were spending the night in a brand new hotel. A perk of Sam and I working for a hotel company is that we get to stay in new hotels before they open to the public to help the team get used to having actual people in the hotel, and best of all it’s free for us! We had dinner with some colleagues (who are also friends) and somehow ended up not putting Athena to bed till 10pm, but she was good as gold throughout dinner! Once she was settled in her cot we headed down to the bar (something I’d not do if the hotel was open to the public, might I add!) but she’d take forever to fall asleep if we were both still in the room. We also saw a Vauxhall corsa with a hole festive snow scene on the parcel shelf, most odd!

Sunday saw us strolling round Eastbourne town centre, picking up some more sticky tape in preparation for wrapping presents (do they put the price up at this time of year? £6.50 for three rolls of scotch tape?!) and then drove to Brighton along a very foggy seafront for a lovely pub roast with two lovely old folk who are like family to me! The afternoon was spent catching up and attempting to get Athena to stop dropping bits of her dinner off the side of her high chair! When we arrived home Sam decided it was time to introduce Athena to Frozen. I am no fan of fairy-tale Disney films so tried to doze, and managed not to be humming the songs for the rest of the day! Athena seemed fairly interested in the film but I think she’s still a bit young to sit and watch the whole thing!

Today was an afternoon doing a bit of Christmas shopping with Athena’s Godmother, although I actually just bought myself some much needed socks and not even festive ones at that!

I hope you all had a great week, can’t believe it’s the first day of the last month of the year already! And do you know how I know that? All the sodding elf on the shelf instagram photos… seriously creepy that elf. I’m very anti-elf.