Last Friday I threw caution to the wind and decided to walk to park with Athena, instead of pushing her in the buggy or popping her in the mei-tai carrier. I’m not sure why I decided it was the right time, but we had an afternoon to kill so I went for it! The park is about a 5 minute walk from our house at a regular (adult!) walking pace but it took us a lot longer at toddler pace, partly because I kept having to steer her away from the roads closer to the houses than the edge of the pavement! We have a little backpack/harness thing which comes in really useful as you can unclip the strap so it’s just a backpack when you get to a safe space! 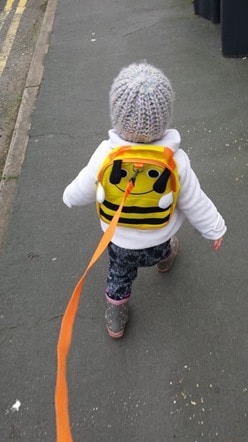 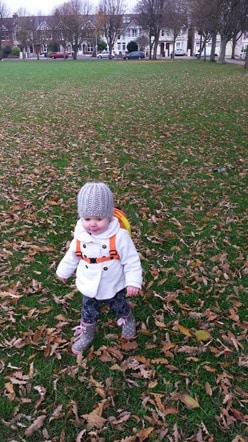 When we got to the grassy bit before the park I  let her roam in the leaves and lead the way to the gate of the park, which was unusually deserted. It was a bit eerie having the place to ourselves for the first time ever, but it didn’t bother Athena! 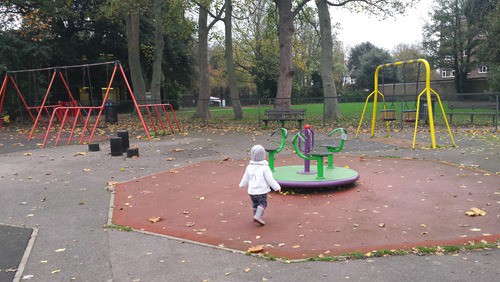 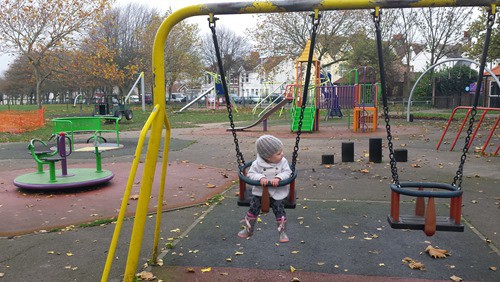 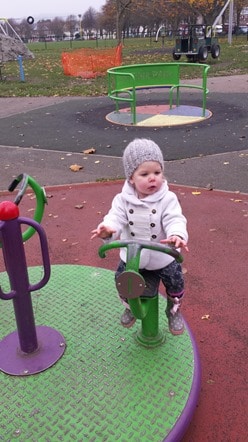 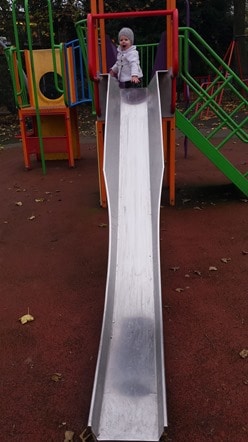 After we’d been on the slide about 12 times and played daredevil no-hands on the roundabout it was time to head home, I think Athena did brilliantly, she spent a lot of time waving at people coming towards her (often from a distance so they spent an inordinate amount of time waving back at her, bless them!) and it was only once we were on our way home that she started to get tired, showing her reluctance to go any further by plopping herself down in the middle of the pavement (a bit like a lazy dog would!) I coaxed her up again and she managed the rest of the way home, apart from the busy road which I carried her over!

It’s good to know that the journey to the park is a manageable one at the moment, because i’m sure we’ll be spending a lot of time there when the new baby arrives in the Spring! 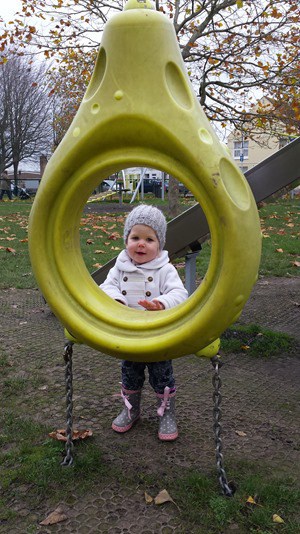 In a bid to record and share more about our (growing!) family I’m going to start joining in with more themed bloghops, today it’s

11 thoughts on “Athena’s first walk to the park”