This is the last ‘Stuff on a Sunday’ post you’ll read, but panic not! I’ll still be doing them only they’ll have a different name by next week, as will the whole blog as I’m re-branding this week! But anyway, I missed an update last week as I was up to my elbows in washing or under a poorly Arlo. He had a nasty sickness bug for four days, which made him super grumpy, though understandably so! Anyway I spent a bit of time writing up our Bluestone holiday, and editing the vlog last weekend between bouts of him being sick and loading and unloading the washing machine! 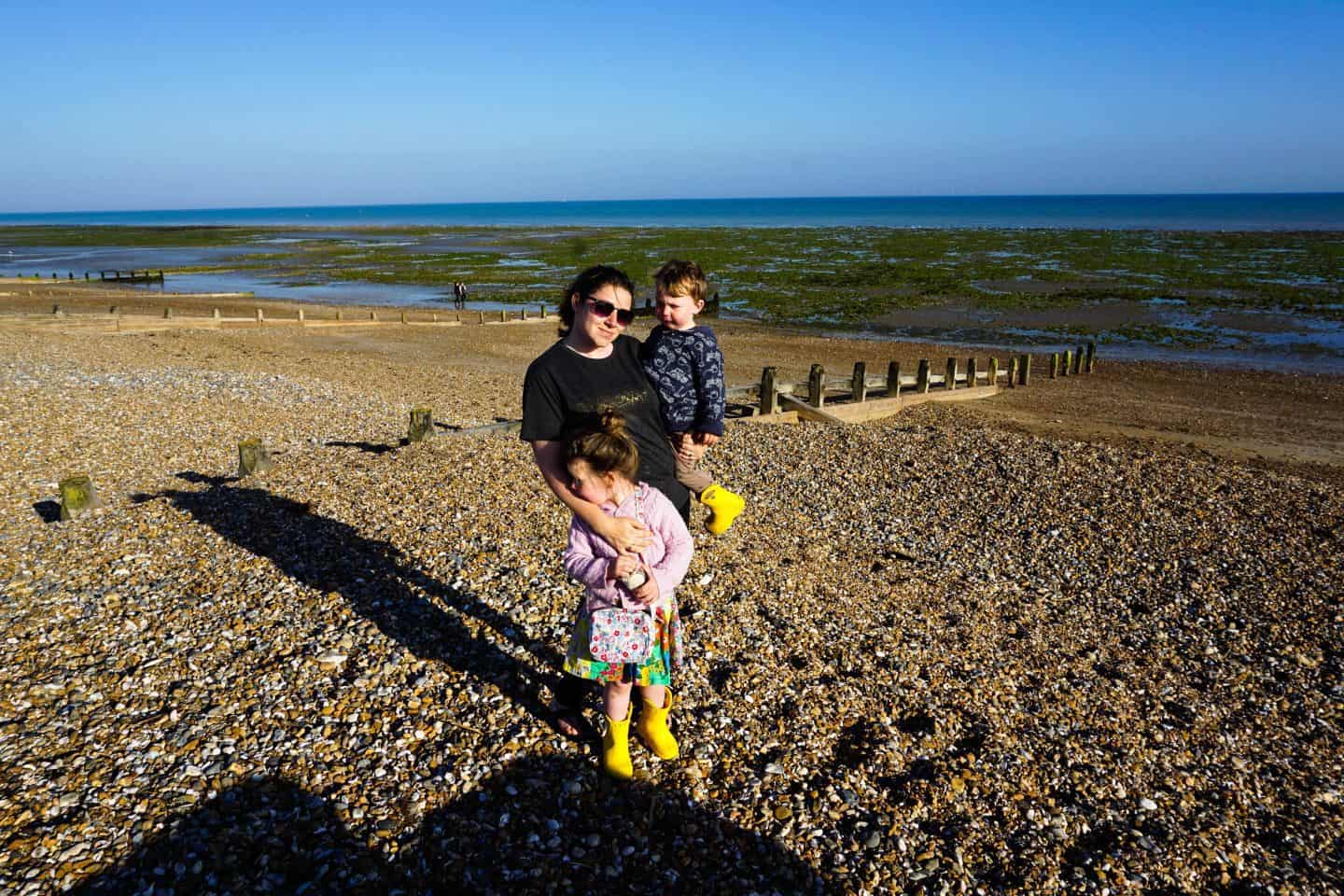 Arlo got better for a couple of days and then turned into the toddler from hell, which was fun. I’ve been so stressed and so tired trying to keep calm whilst he screams and thrashes about the place. I’m hoping he’s on the mend now, though he’s had a gunky eye today and yesterday so who knows!  We did manage to take a nice little walk on the beach when the tide was out last weekend with friends, though Arlo didn’t fancy it really so stayed on the shingle with Sam. I love this photo as it looks like Athena is levitating… she was actually just jumping! 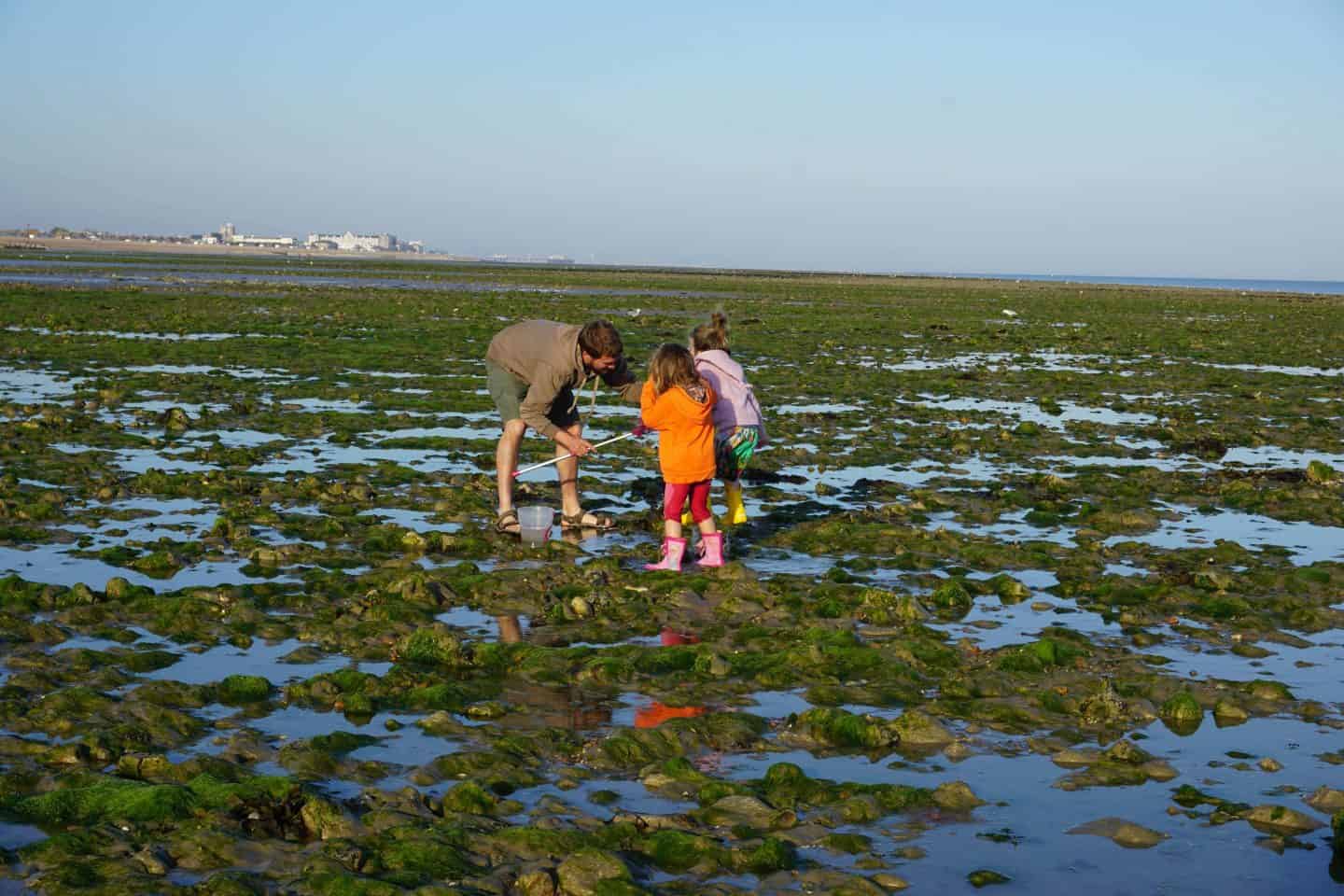 On Thursday I had a busy but mostly kid free day, after I dropped them off at their various childcare places I headed into Hove for a lunch meeting, then onto Brighton to get a bit of work done in the bar at Sams hotel, then he and I had a coffee date followed by dinner at Isaac At (I’ve just written my review up here actually, but I loved it!) so it was great to have a break from Arlo for a bit, though my poor mum who was on kid-duty that evening had him up and down like a yo-yo apparently!

So here’s this weeks Little Loves…

I finished two books this week, ‘Skewed’ by Anne McAneny which is a crime thriller with some interesting twists and then the first book of a five part series called ‘The Gender Game‘ by Bella Forrest. Its a YA series, but I zipped through the first one and loved where it was heading so downloaded the next four books (they’re all free on Kindle Unlimited) The concept is that there are two opposition cities, one Female led and one Male led, with a dangerous wasteland and a river between them, I’m not explaining it brilliantly but it is good!

We’ve started watching Animal Kingdom (on Amazon prime) and the first episode was pretty darn good, even if it’s got that dude from Hollyoakes and Lovejoy as starring roles (with american accents!) though I doubt many people will even know what I mean when I mention Lovejoy? Anyway, we also started watching 13 Reasons. I’m also trying to catch up with Designated Survivor too!

Arlo screaming and getting angry. Also the phrase ‘No I NOT’ whenever you ask him anything.

A meal plan! Go me! I actually went to the supermarket with a list of things I actually need to make the right amount of meals for the week. Lets see if it actually happens…

It’s car boot season again! Our local few start up again this weekend so we’ll be bargain hunting today with any luck! We don’t actually need anything but it’s always nice to pick up cheap kids books and toys, and if you’re up at 5.30am anyway you might as well head out pre 7am!