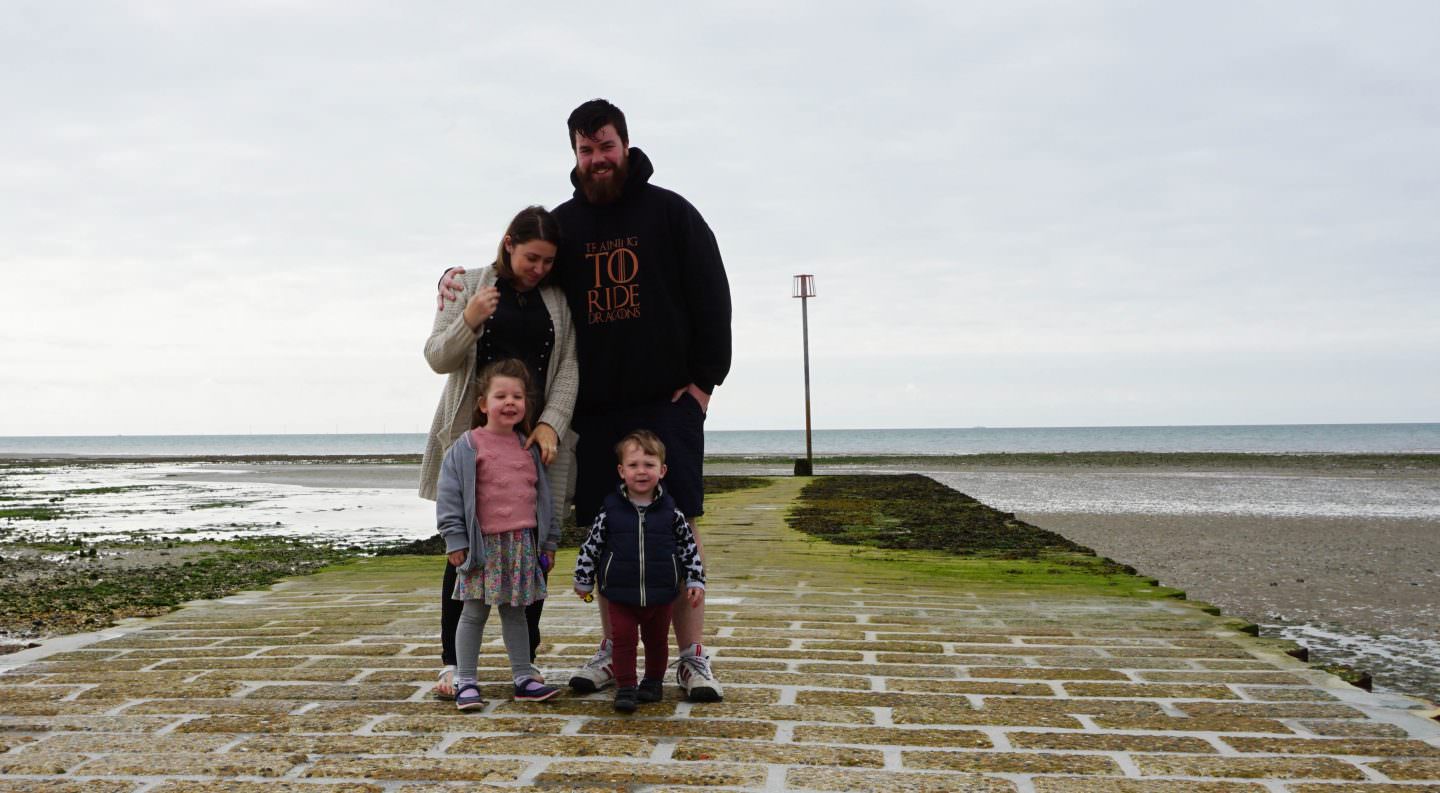 I’m cheating a bit this week and putting my Me & Mine photos in with my normal ‘Stuff on a Sunday’ post purely because I can’t be bothered to write two separate posts! I spent the week doing a bit of planning for holidays and days away in the Summer, always exciting! I had by penultimate day at the hotel, my last day there is Wednesday coming and then I am FREE! hurrah! I spent Monday reminiscing a bit about work and our old colleagues as he is visiting the UK from Australia where he lives now, but we met at work years ago! We went to the Sealife Centre with the kids and then strolled to the end of the Pier and back (it as a soft play centre on it now, who knew?) and then enjoyed ice cream and cake! I also had a quick catch up with my lovely friend Skye too!
Sams dad came for a quick visit for a couple of nights, Athena and Arlo loved having him here and he and Sam made a start on building the new bunk beds, but very annoyingly two parts were cracked and the slats hadn’t been delivered at all! So that meant the bunk beds are only half built and Athena is now sleeping on a mattress on the floor with the bunk bed frame sort of acting like a four poster around her! Obviously now they won’t arrive until at least Tuesday because of the Bank Holiday, GAH! I took the kids to choose a new duvet cover each and pick up a single duvet and proper pillow for Arlo for when he can eventually move in to Athenas room (he’s in with us at the moment!)  and they both chose duvet covers with cats on, which is a bit odd as neither of them have shown an interest in cats before but I wouldn’t let them choose anything with characters on so I can’t really complain!
On Friday ‘Uncle Theo’ came to stay, he’s not actually an uncle but he is Athena’s god father so as good as. We went for breakfast at a cafe on the beach and he took our ‘Me and Mine’ photos!
Here’s a brief little update for each of us, since this is meant to be a Me & Mine post! 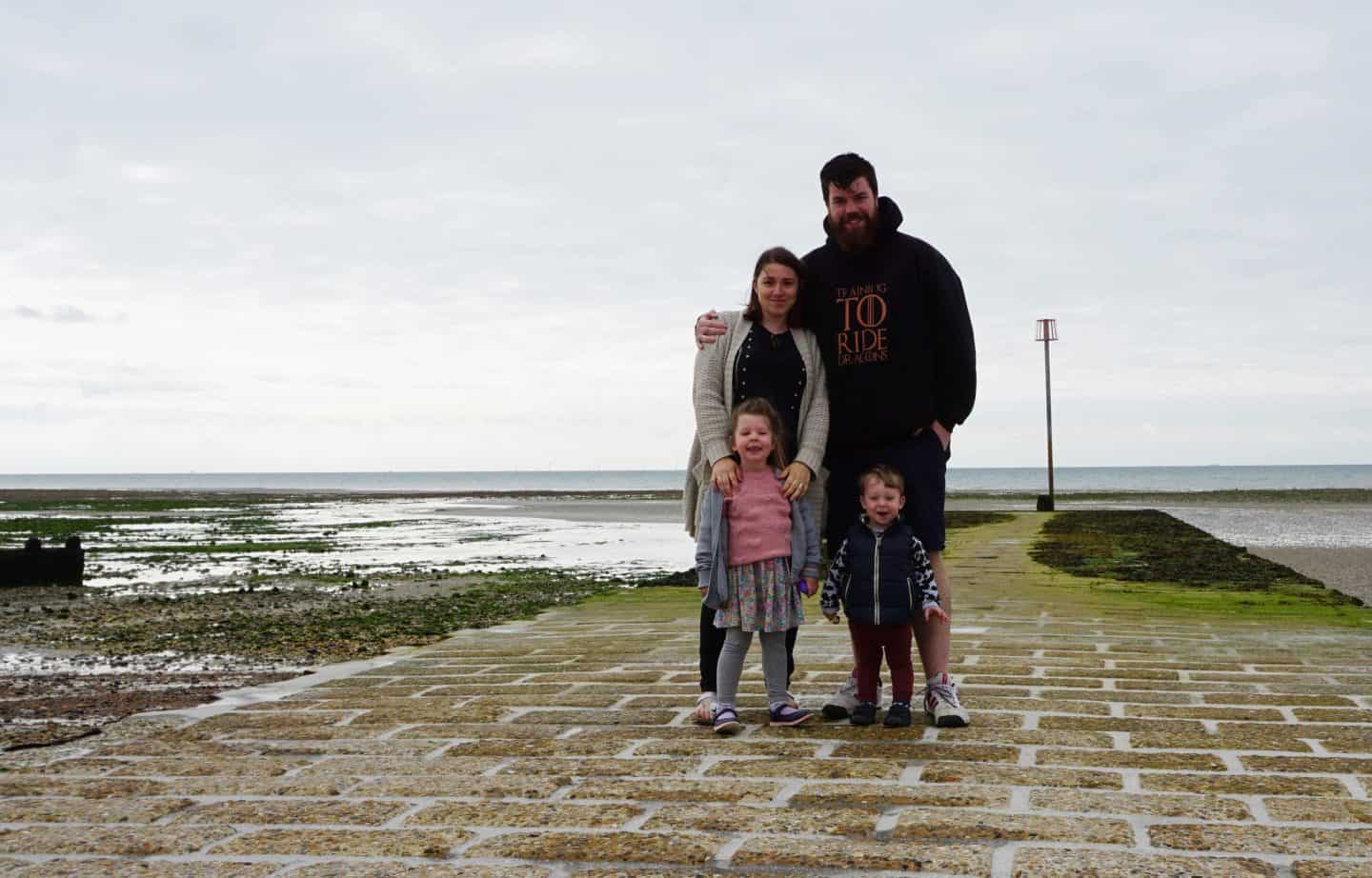 Annoyingly Sam is working late shifts all this weekend, so I am taking the kids to a reggae party later today for a dance with a view to tire them out so I can get them to bed early and get on with some work, and watch the latest episode of Line of Duty, which is bloody brilliant! Have a great Bank holiday weekend whatever you get up to! 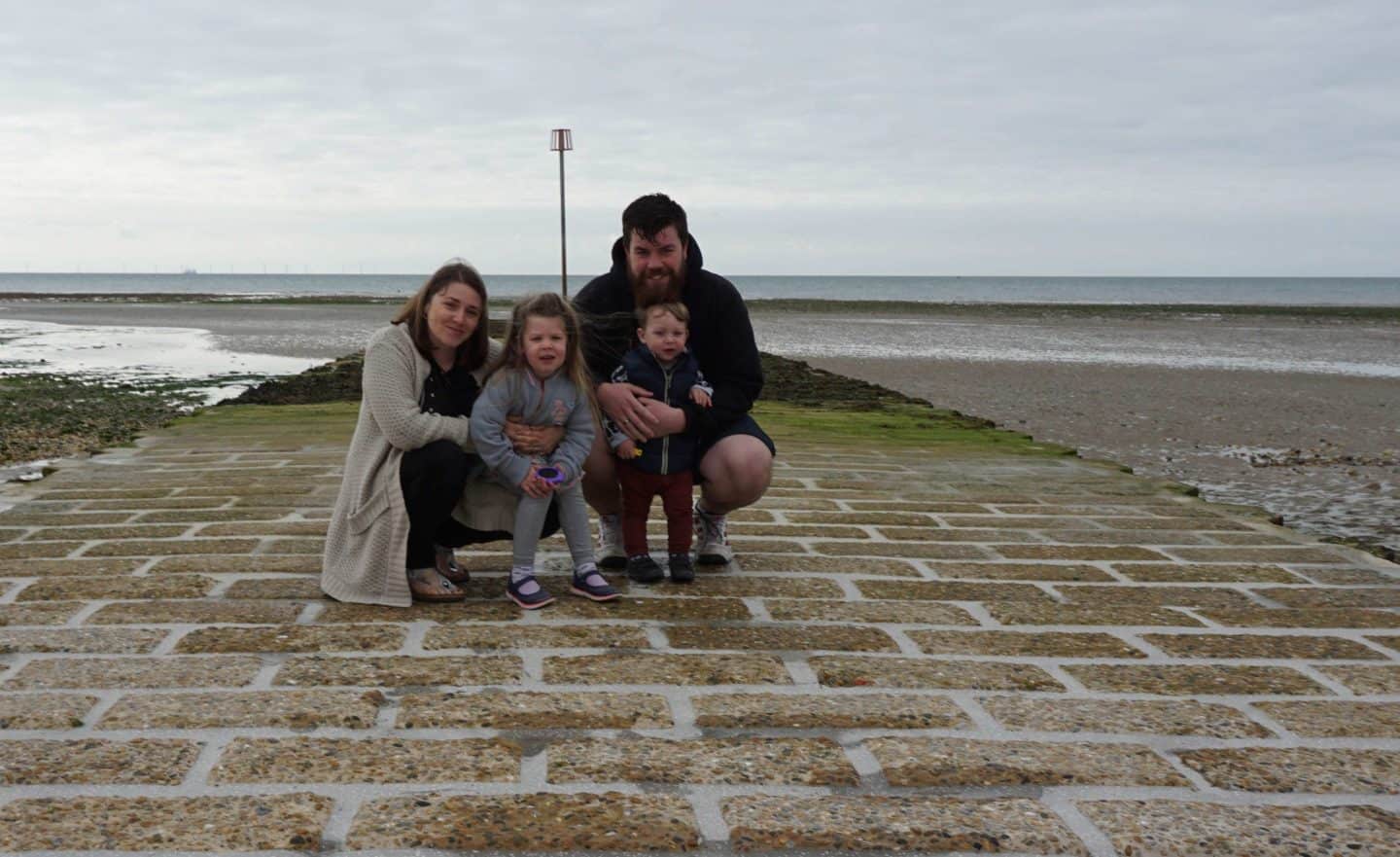