The past few weeks have been a bit crackers if I’m honest, some really good bits and some not so wonderful bits. I wanted to get a Sunday Scrapbook  post up last weekend but then a website drama unfolded and I couldn’t do anything whilst the whole blog was being moved to a different host, so this is a couple of weeks worth of ‘what we’ve been up to’ crammed into one post, which I am writing on Saturday morning because we’re going away for the night tonight! So let’s see if I can remember what we’ve been up to in no particular order… 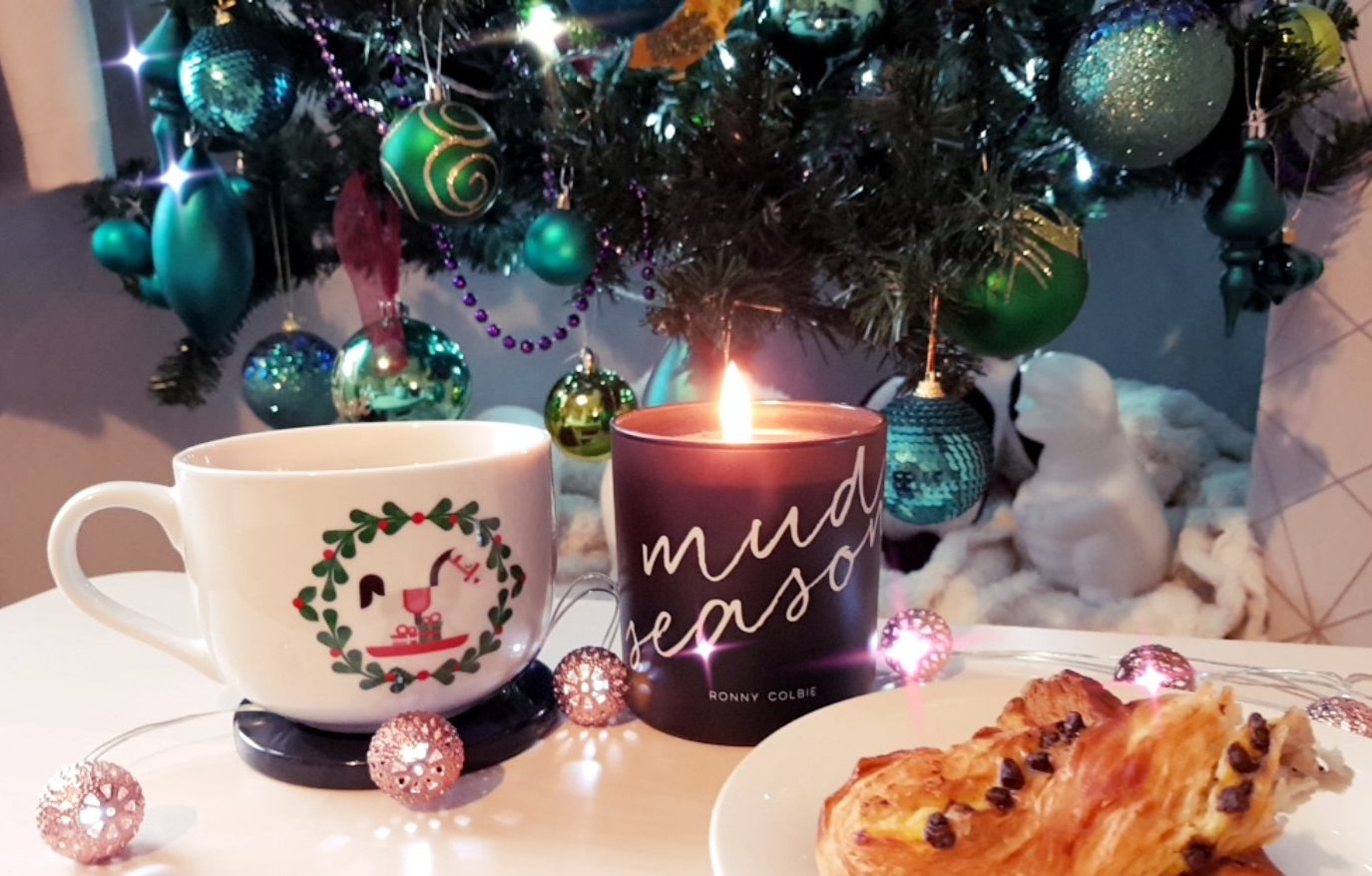 We’ve been getting into the festive spirit over the past week or so, our tree is up, Athena has been incessantly singing Christmas songs and both kids are getting ready for their class Christmas shows… which are on the same morning but at different times thankfully, as they’re in different places! I can’t wait to see them dressed up and belting out some classic Christmas tunes! We’ve had one visit to see Santa already at Marwell Zoo and we’re off to see him again at Leeds Castle on Sunday, I bought the tickets ages ago and thankfully they sent a reminder this week or I might have forgotten! We don’t do the Elf on a Shelf thing (because I’m lazy) but the kids are loving their advent calendars – Athena has a Paw Patrol stationery one and Arlo has a Thomas Minis one we he is LOVING. I got them both in the sale last year and need to remember to do the same this year as they were both way cheaper than full price! We also have a big one that I pop some chocolate in for the kids to have each morning. I’ve also been treating myself in the mornings – a huge mug of tea, a pastry and half an hour reading or listening to a podcast with a candle burning. I was sent a Ronny Colbie candle this week and the scent ‘Mud Season’ is a really heady scent of Patchouli, Rose and Juniper and really fills the room! They come in elegant gift boxes with a dark glass container, and i’m hoping it lasts the full 60 hour burn time as it’s such an amazing scent! 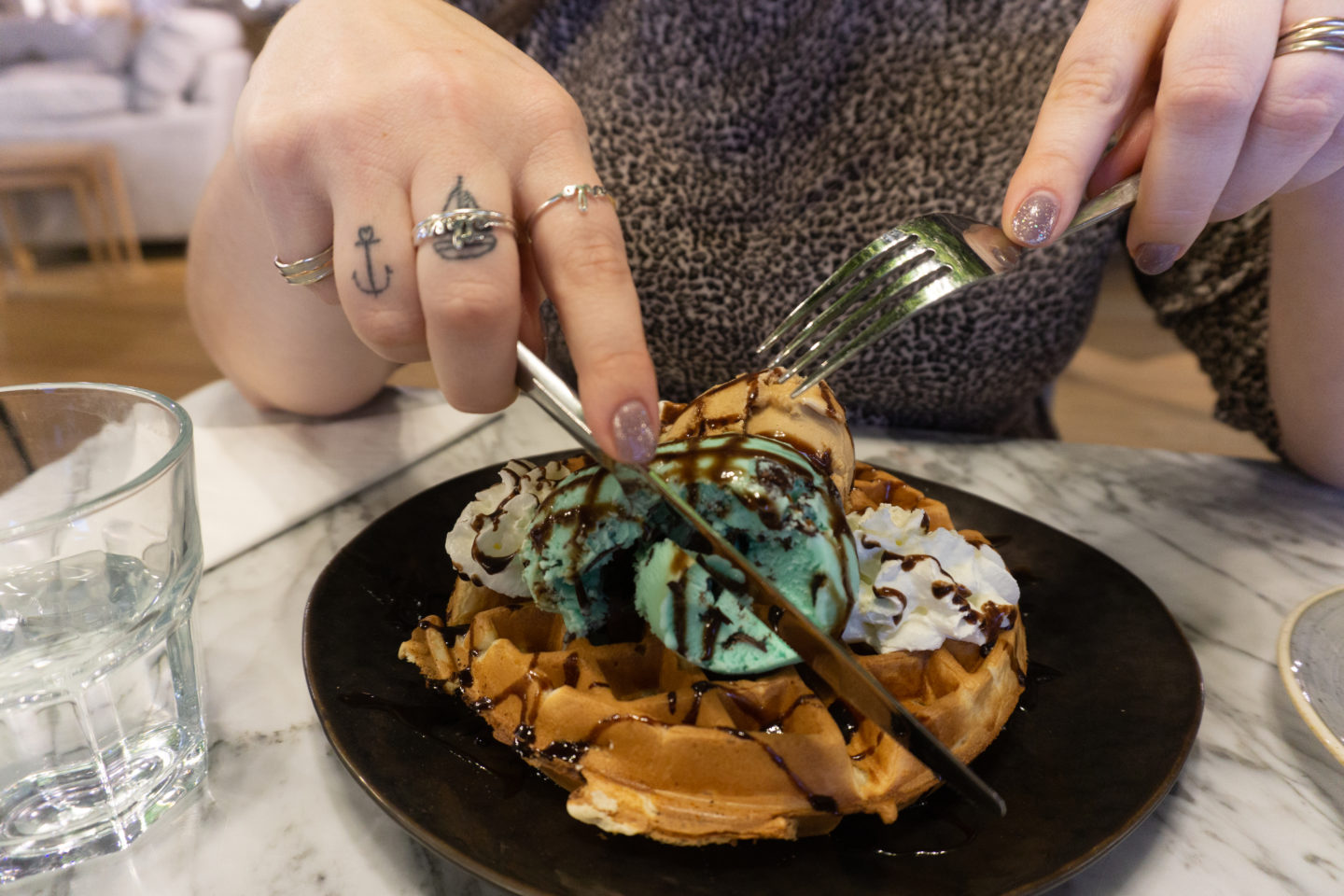 I am feeling mostly prepared for Christmas – all presents bought but nothing wrapped yet and no cards written or sent though I have done a list! It’s a bit hectic though even if I have bought the presents already, as there are all sorts of dates to remember, ‘watching week’ for gym and street dance classes, badges at swimming lessons (which don’t finish till the 22nd!) and then all the things for actual school: clothes for the shows, Christmas letters, party donations, disco outfits – it’s all a bit much! Arlo also finishes on the 14th which is lots earlier than I expected so I am trying to also get most of my work done by then too so I don’t have to try and do it around him and we can go and do some fun things! 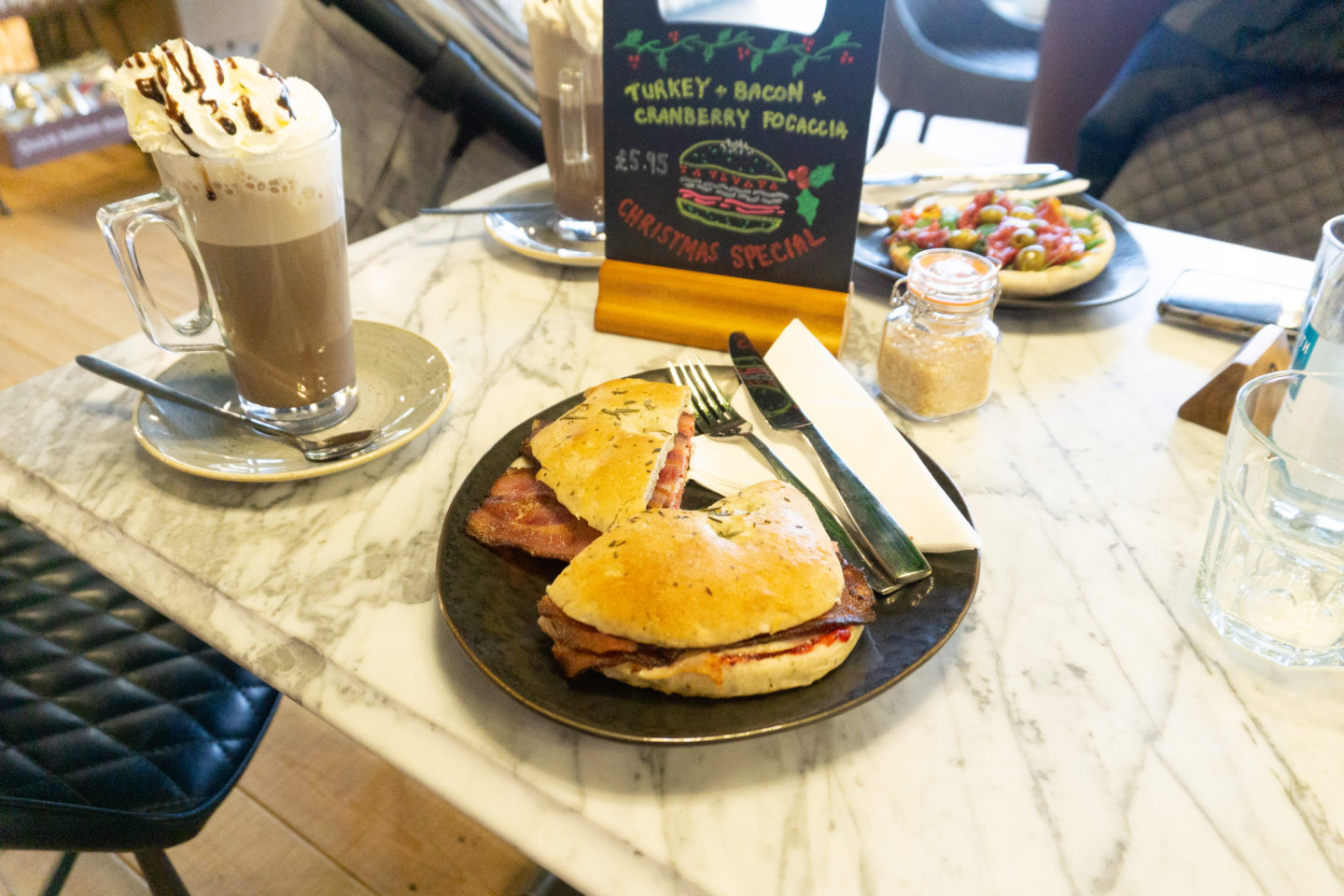 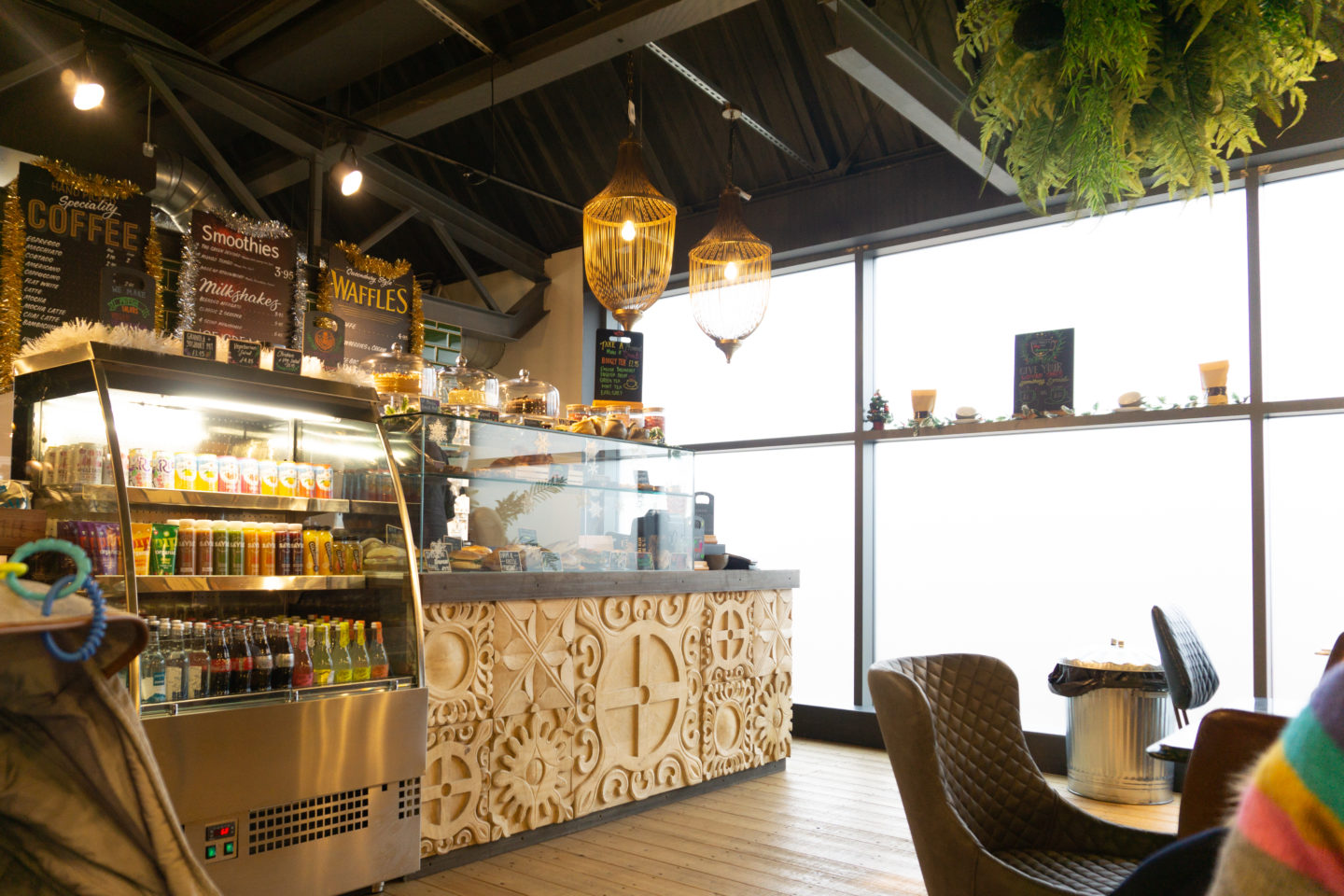 I didn’t really start feeling that festive until I met up with Lyndsay last week at The Queensbury for an early lunch. It’s a new coffee shop that’s opened upstairs at Barker & Stonehouse on Old Shoreham Road, it’s very instagrammable and the food and drink choice spoilt us! We’d been invited along to try it out as it’s just opened, but I will definitely be going back again, as it’s a great place to meet up! Free parking, lots of space and lots of gorgeous interiors to look at too! I had a Turkey, Bacon and Cranberry focaccia melt which was just what I needed to get into the festive spirit, but there was a lot to choose from; including options for vegetarians, vegans and people with allergies – including the cake selection! Once I had devoured my food it was on to desserts; the waffles were amazing, giant and topped with Gelato Gusto ice cream – seriously moreish and really reasonably priced for the huge portion! The Queensbury has this branch in Hove and another in Guildford too, they’re open 10 – 6 Mon-Fri, 19-6 Saturday and 11-5 Sundays. Barker and Stonehouse is amazing to wander around for some home inspiration too – especially the kids bedroom corner! 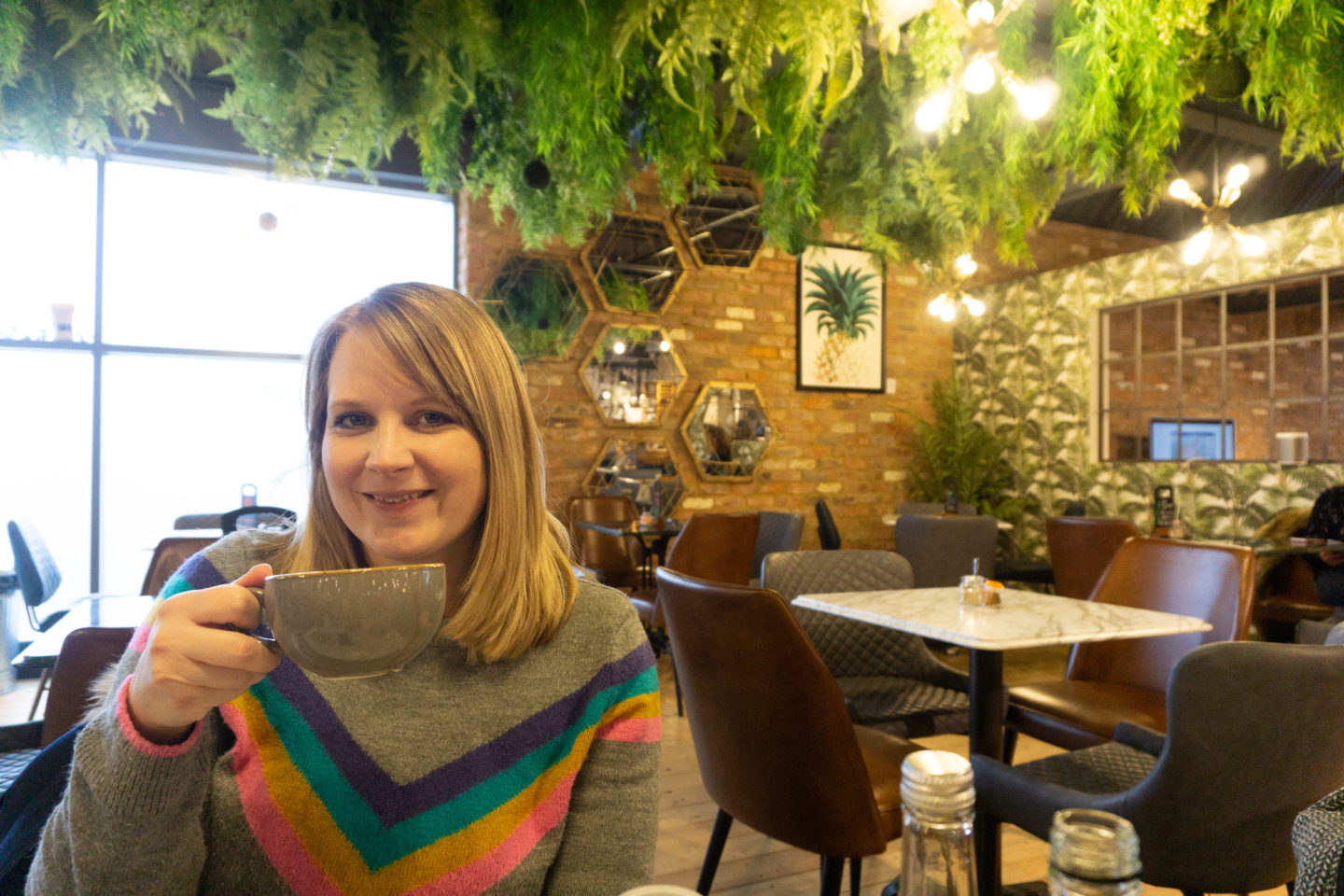 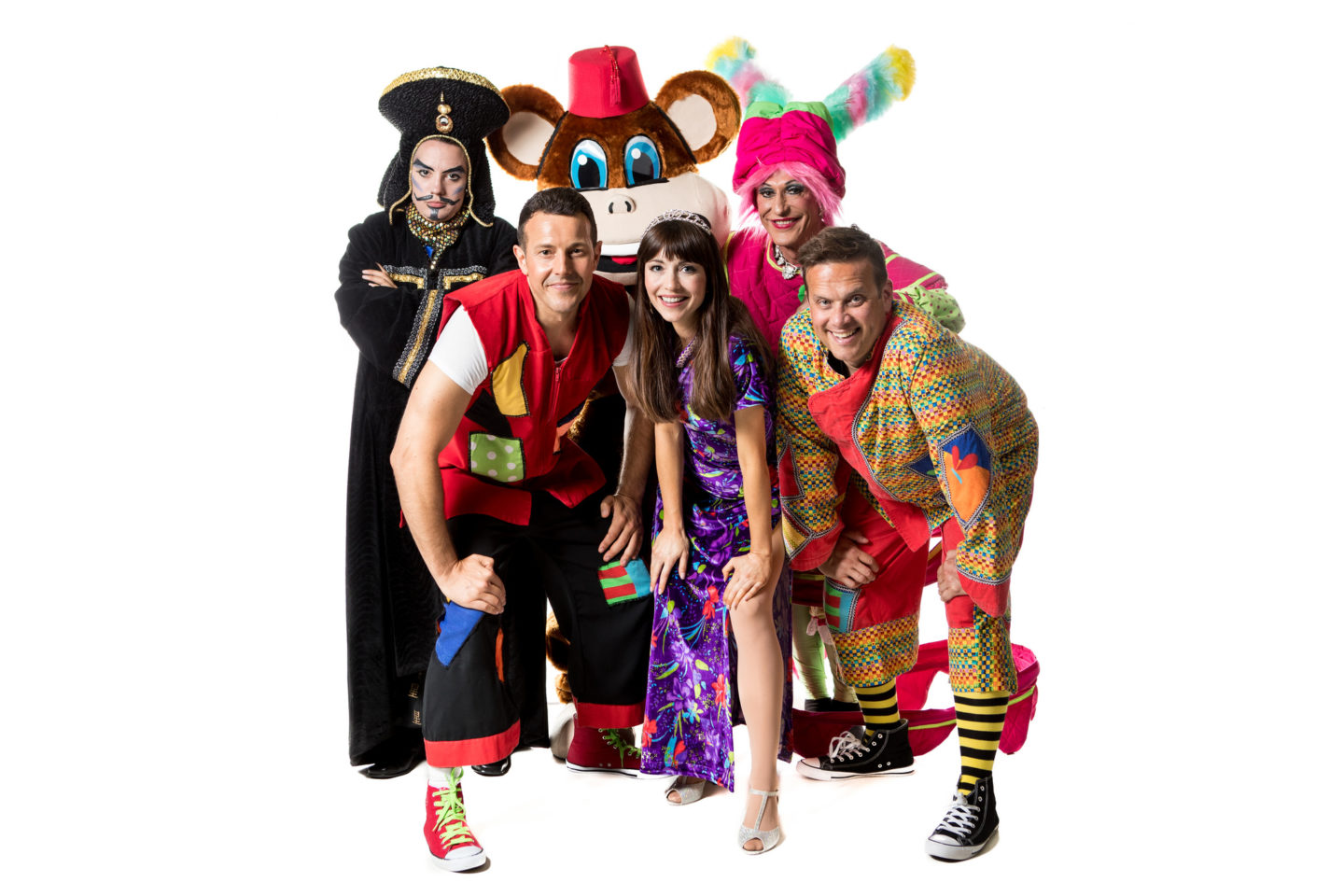 This week we went to see the Worthing Panto at The Pavilion, this year was Aladdin and it was as good as it always is – a proper romp through all the classic panto essentials: a Panto Dame, audience participation, sing-a-long songs, a bad ‘guy’ and so much more! The kids loved seeing Rebecca (from Cbeebies) live on stage, Lee from Steps was great as Aladdin too, and we always love the children performers too! My favourite was definitely Vikki Stone the comedian who played Abanazer the bad guy! Both kids were really engaged all the way through both acts, the show was paced perfectly and all the performers were full of energy right till the very end. There’s definitely something for everyone, and the whole audience was in stitches for a lot of the show! Aladdin is running up until the 1st January and you can find out more and book tickets here, we’d definitely recommend it! 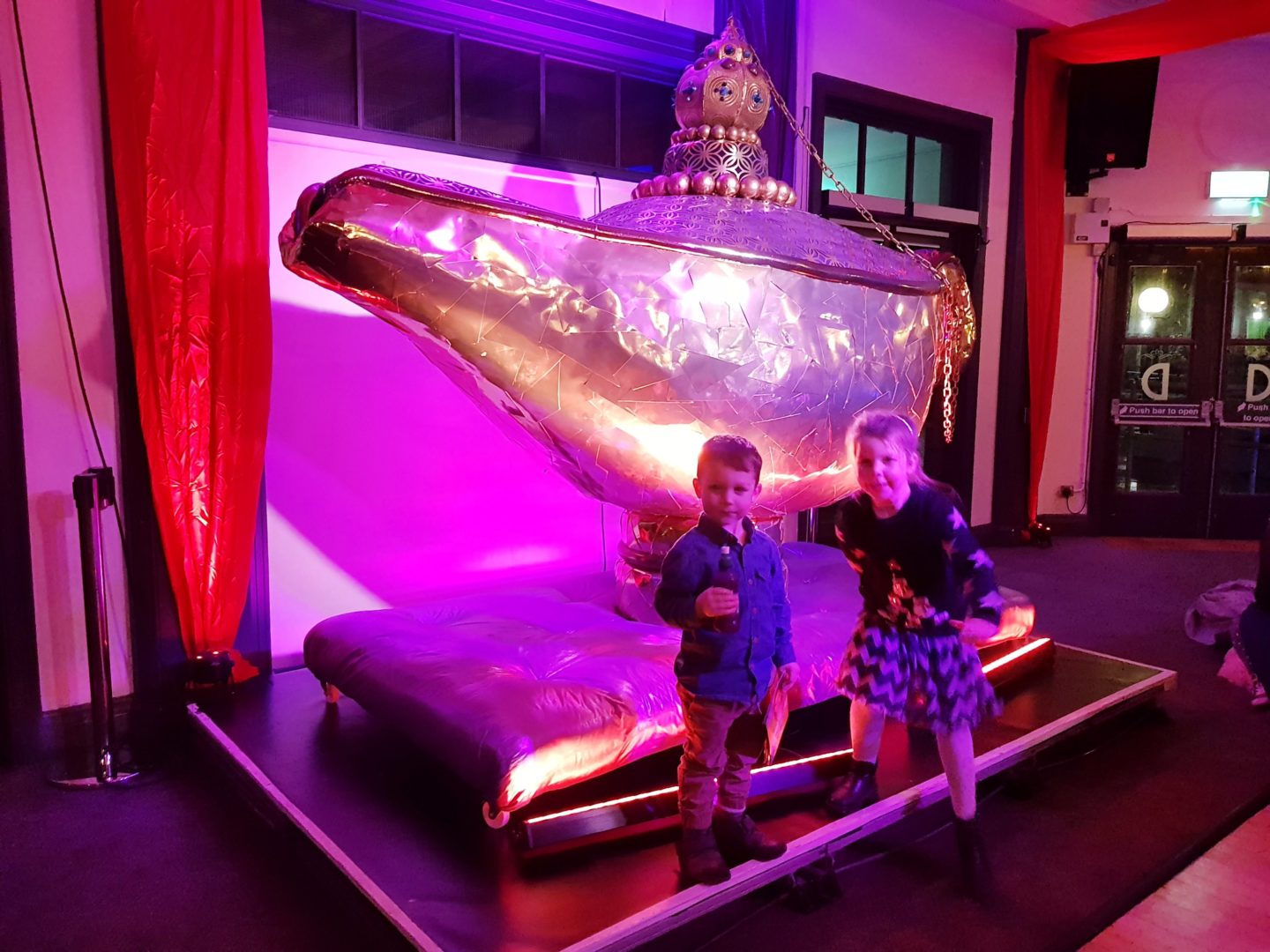 We’ve been reading a lot of new books over the past few weeks too, these Christmas ones and also these inspiration books for kids, as well as a lot of old favourites including the Thomas books of Arlos, with a new addition! We were sent the new limited edition Stay Safe with Thomas from Network Rail & Mattel – you can get a free download of it here but keep an eye out for the book in children’s centres and doctors surgeries and the like! It’s a really fun way to teach little ones about rail safety and why they must be careful near or on the railways. 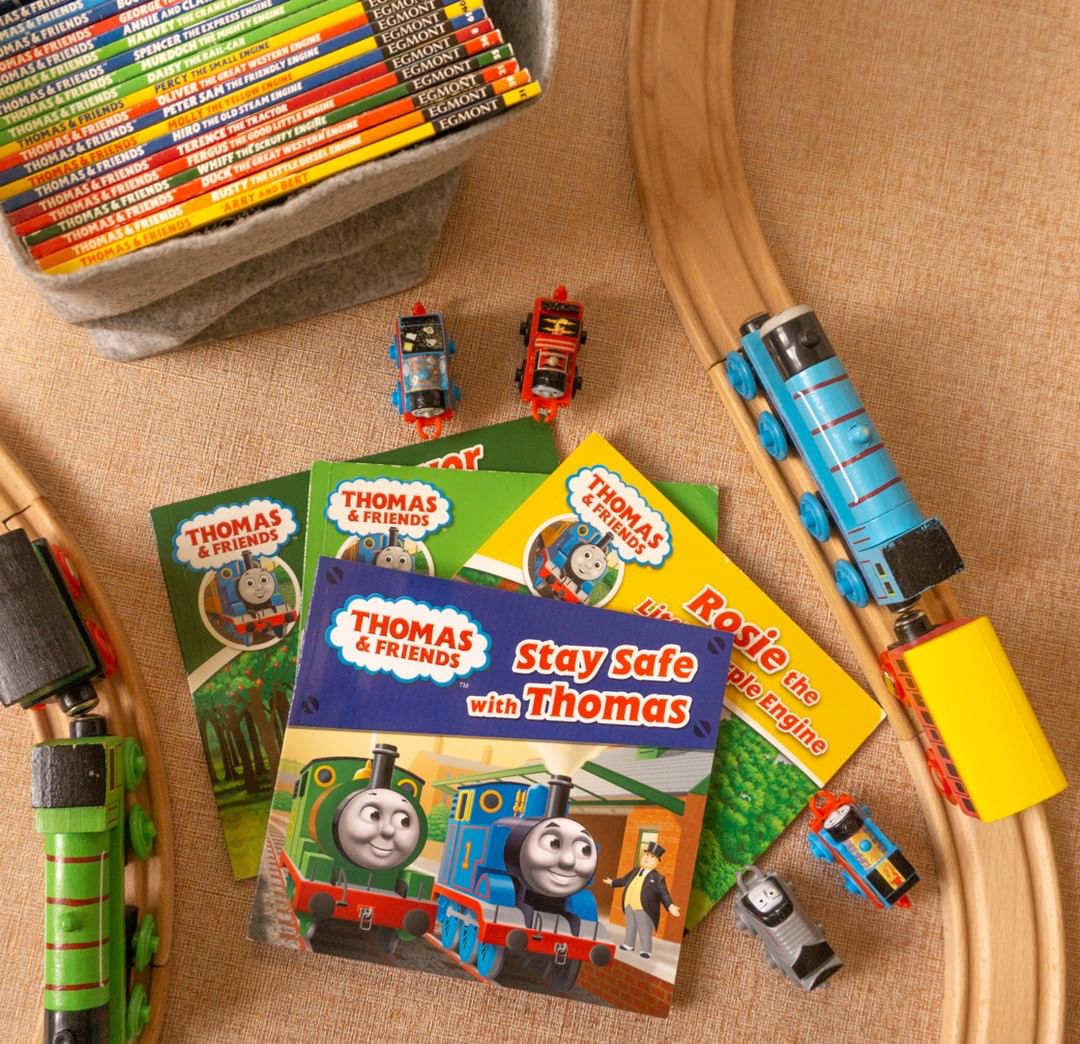 I drove my mum to the airport on Tuesday morning, which meant getting up at 4am, though because I knew I had to get up early I couldn’t sleep properly as my brain kept waking me up to check on the time – then when I got into my car the battery was dead! After a bit of a panic I realised it wasn’t going to start no matter what I tried so I headed back in to get Sam’s car keys and drove his car to get my mum and onto the airport! Our car needed to be sorted by the breakdown people but touch wood is now behaving itself after me driving about aimlessly to recharge the battery!  I also had my second laser hair removal appointment this week which I’ll write more about soon. We had ‘watching week’ for Athena’s Gymnastics and Street dance classes, some late nights and some early mornings plus a lot of work so by Friday I was really feeling a bit ‘done’, but a parcel I had forgotten was coming arrived and cheered me right up! Mattress Online asked if they could send me a ‘Perfect night in’ gift a month or so ago and I had completely forgotten about it! I opened it up on my stories on Friday afternoon and then spent the night ‘offline’ once the kids were in bed: no work and no social media! I had a lovely bath, finished off my current book, had a face mask and then ate the whole bar of chocolate they included – why not eh! I actually slept really well too, plus the kids got up half an hour later than normal the next day! It was a lovely end to a crazy week! 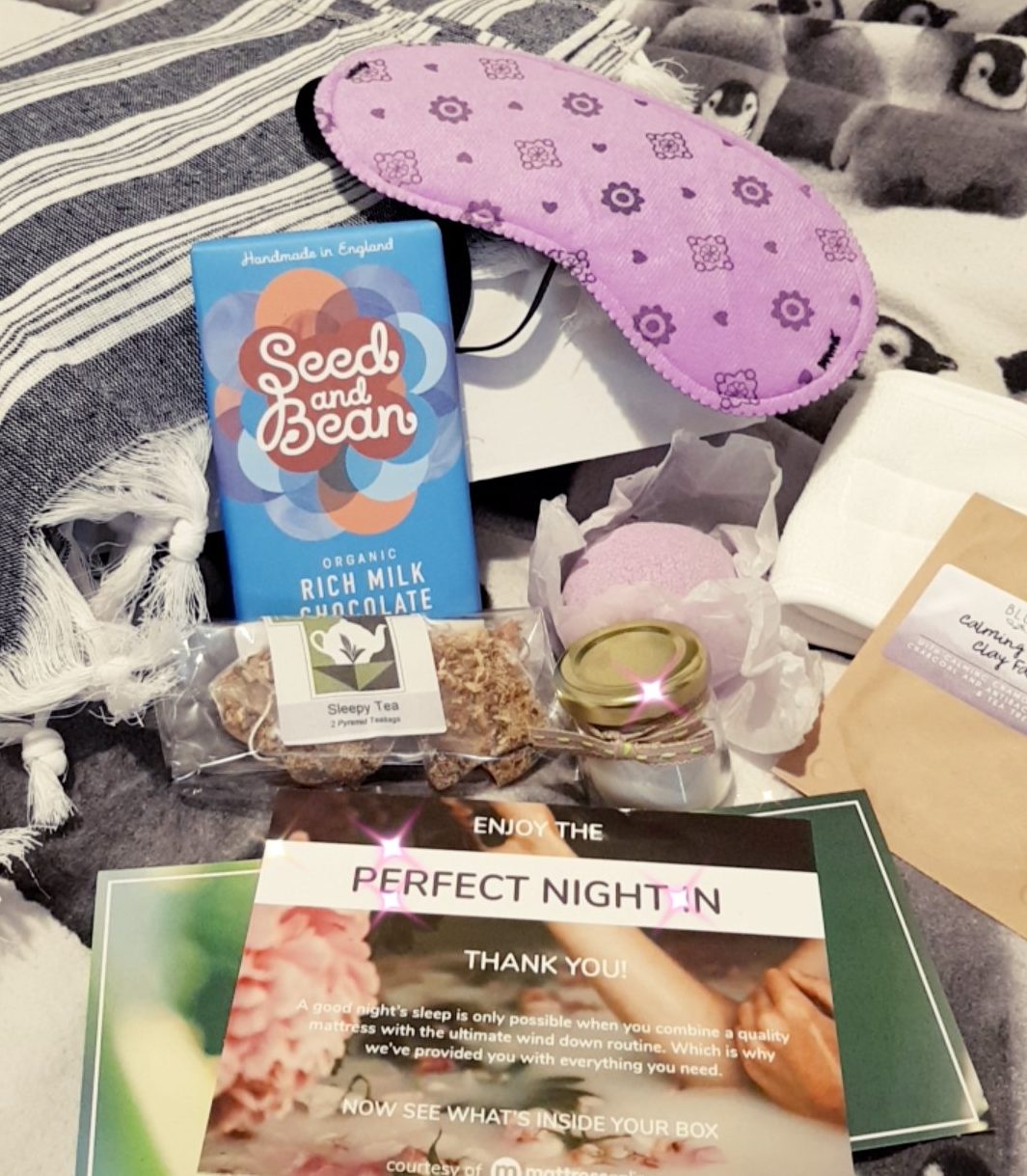 Well, after writing all that it’s no wonder I can’t wait till Christmas to have a bit of a break! I’ll be back next week (or sooner!) to share a few more Father Christmas pictures from our weekend!