Some of the things Athena comes out with make me chuckle, and then wonder what I used to think about things at her age. I remember thinking a few odd things when I was a kid so thought I’d share some of them

The world was black and white until colour was invented

See my parents used to have a TV & Video shop and I was aware from a young age that TV used to be in Black and White until colour TV became a thing. Therefore in my head it made sense that colour was suddenly invented and that anything before this was black and white. I assumed that somebody invented colours and then ‘switched colours on’ in the world and that people used to live in a monochrome world, wearing shades of grey before hand!

That fax machines sent actual paper through the cables

When I was a tween we had a fax machine installed at home (no idea why, my mum’s partner’s business I expect) and I knew that it was a bit like a phone but the output was paper (those rolls with perforated edges in fact – old school!) so when I asked how it worked and was told ‘all the information on the paper you put it in is sorted into tiny bits of data and sent over the phone lines’ I thought the actual paper itself was torn up and sent across the wires to the other persons fax machine, reassembled and then sent into the fax tray again ready to be read! What an utterly ridiculous thing to think!

I was under the impression (before I learnt to spell) that when we sat down to play a board game we were actually playing a ‘bored game’ because we were bored…. hence needing to entertain ourselves with a game! It made perfect sense in my mind!

That TV was all live

Another TV one! Hey, I grey up in the simpler times when there were only four TV channels! So I actually thought that whatever it was we were watching was being filmed live. Which is a pretty daft thing to think, but if I told you that when I was really little I used to think the people on telly were inside the box you’d think I was really daft! Don’t forget in my childhood TV’s were great big heavy boxes rather than thin things mounted on the wall!

You know sometimes on the news they say things like ‘the unnamed man fled the scene..’? Well I used to think that the poor unfortunate souls didn’t have a name. As in their parents just didn’t get them one when they were born!

No explanation needed – who DIDN’T think this?

What daft things did you used to think when you were a kid? 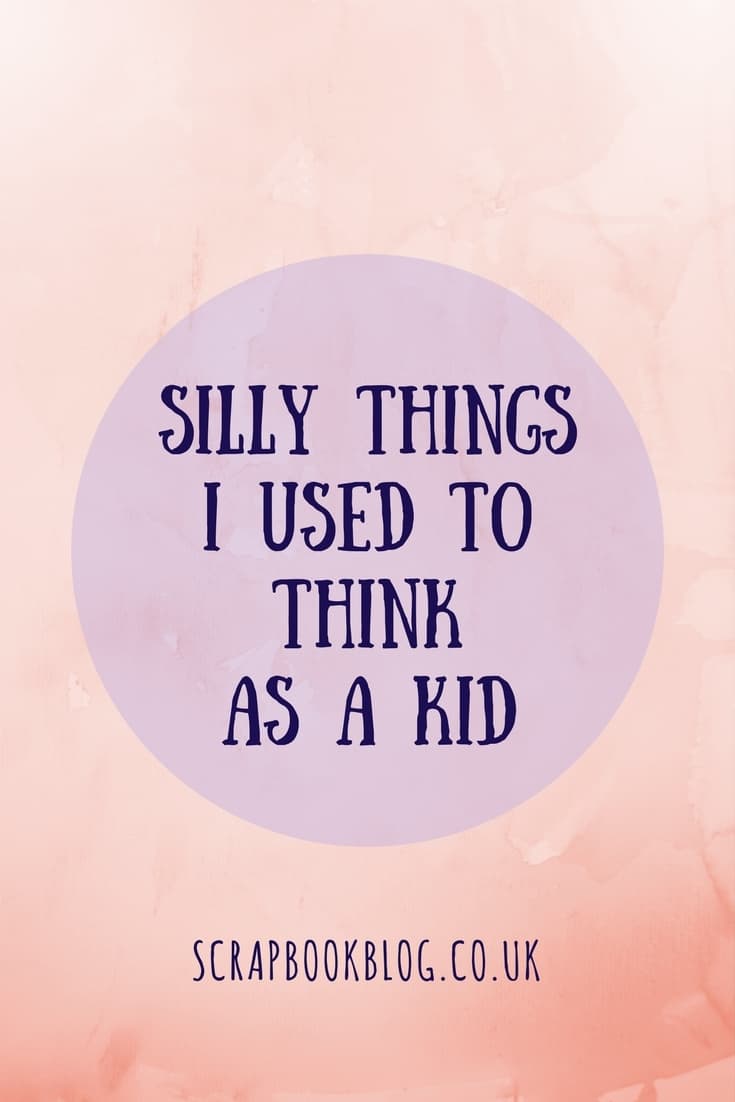