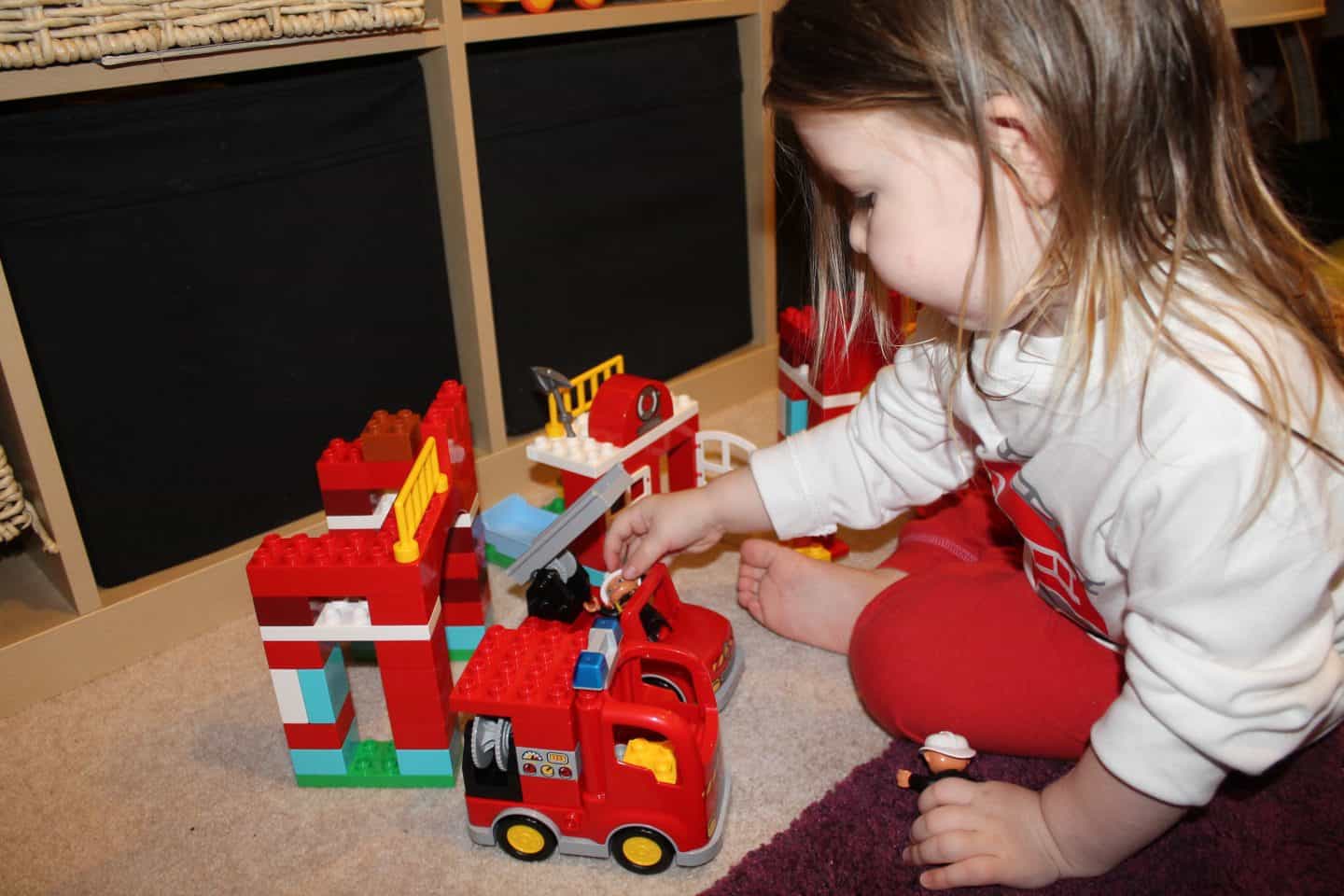 A little while ago Duplo asked if they could send Athena a little something in the run up to Christmas. When a gigantic box arrived for her wrapped up with lovely red ribbon she was over the moon! Once she pulled the paper and ribbon off and got inside she was even happier. Lots of people see Duplo and Lego as ‘boys toys’ but as mama to a little who can be found at the lego table at playgroup more often than not I obviously disagree! I know I used to spend more time playing with lego and duplo when I was little than I did with dolls, that’s for sure! 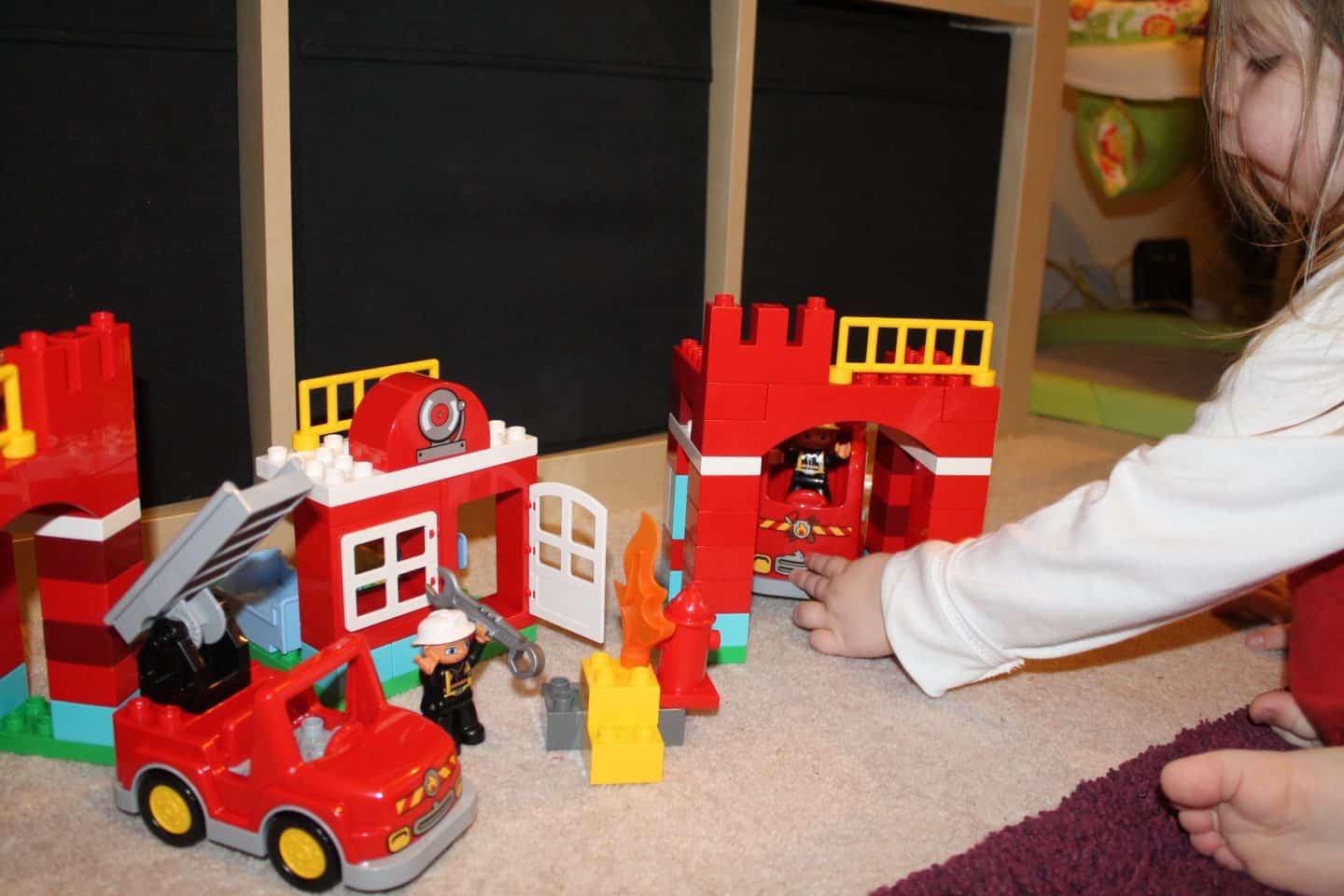 In the box was the Duplo Town Fire Station

, everything we needed to build a fire station, two fire vehicles, some firemen and some fire to put out! We went to our local fire stations open day back in the summer and ever since then Athena has pointed it out when we drive past, and as mos toddlers do gets excited when she hears sirens when we’re out and about! 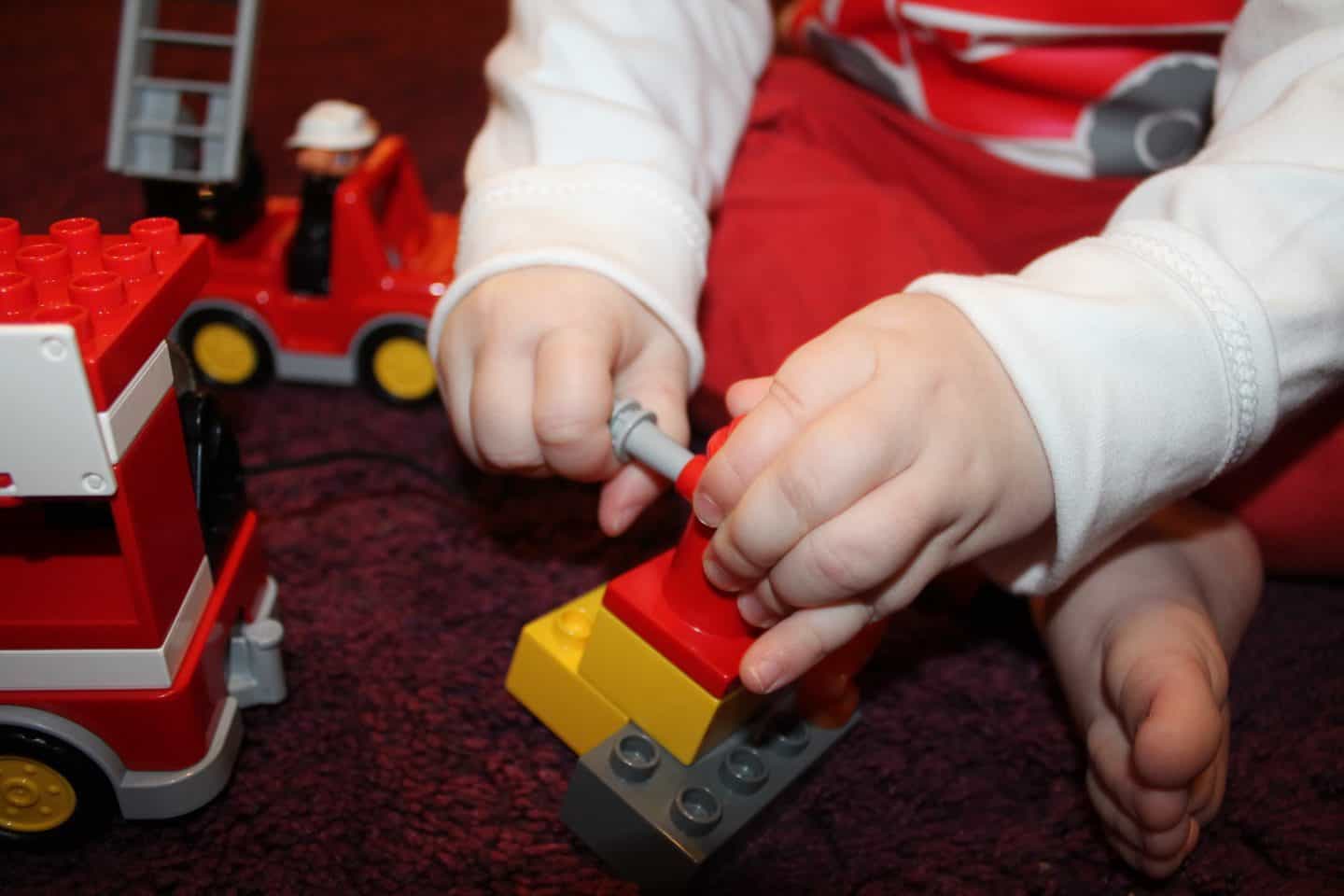 At the age of two and a half Athena is more than capable of putting everything together herself, although still needs guidance when following the instructions! Don’t worry though, Sam was on hand to help her get everything in the right place and before long we had everything made! 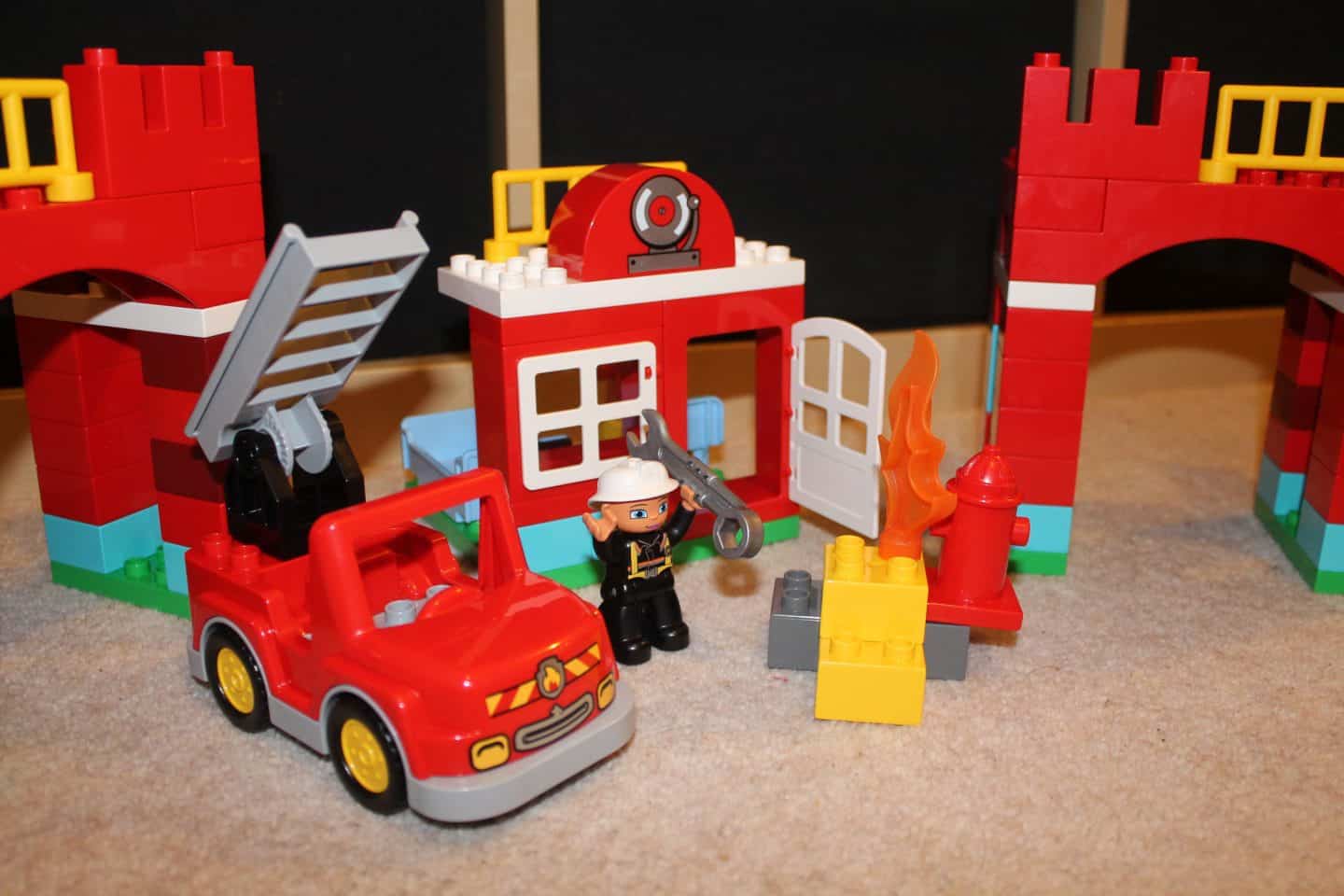 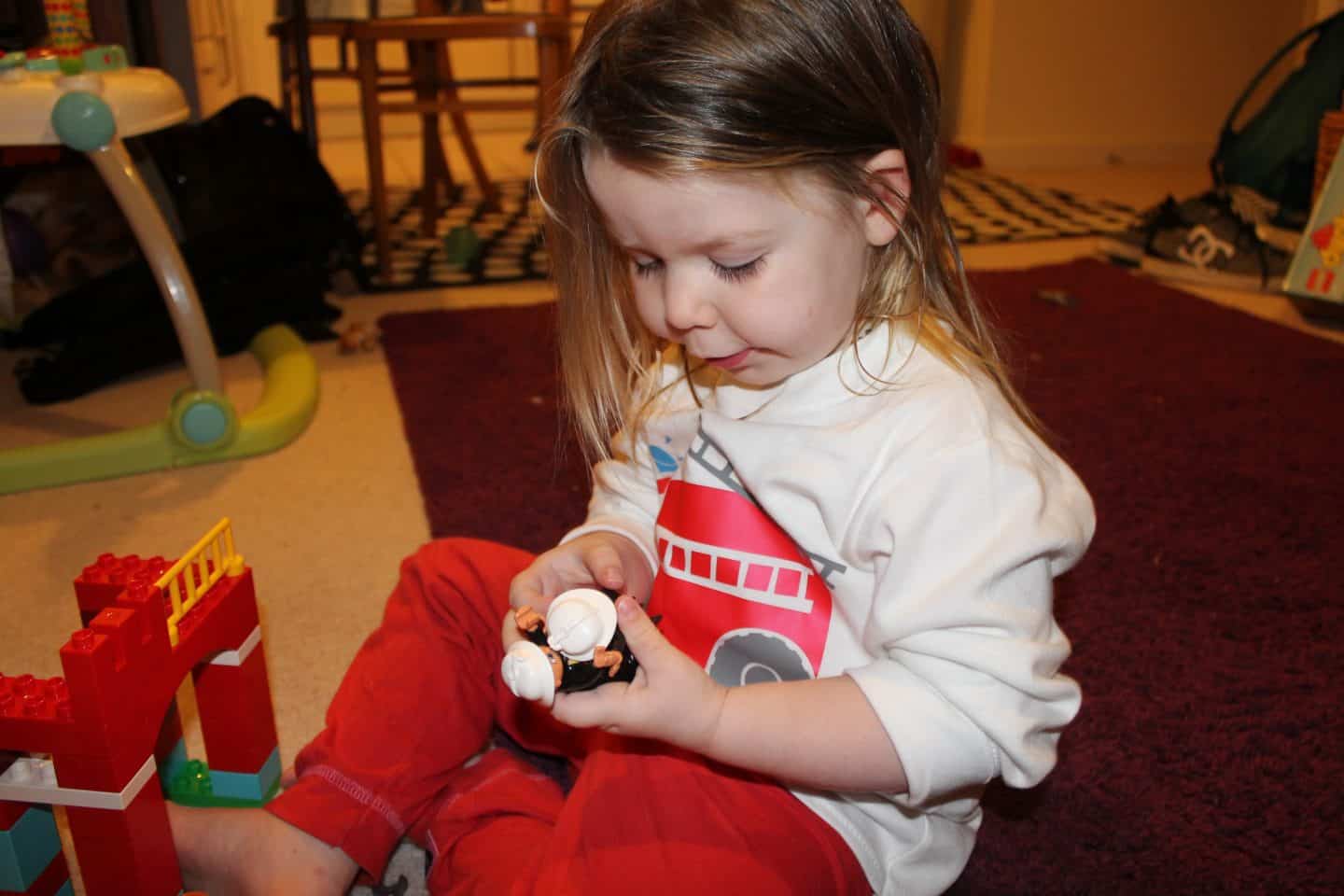 I dared suggest that we broke up the set to pop it back in the box to make again another time, and was met with a chorus of ‘No’s from both Athena and her daddy! She loves playing with it, running the fire engine around and playing with the little wind-up ‘hose’ and the ladder (or dadder, as she calls it!) I think for her birthday next year we’ll look at getting some more of the Duplo ‘Town Range’ so she can build a whole city of Duplo! I know that he brother will be very into it too before too long, though at the moment he’s happy to bash it about willy nilly, much to Athena’s annoyance! 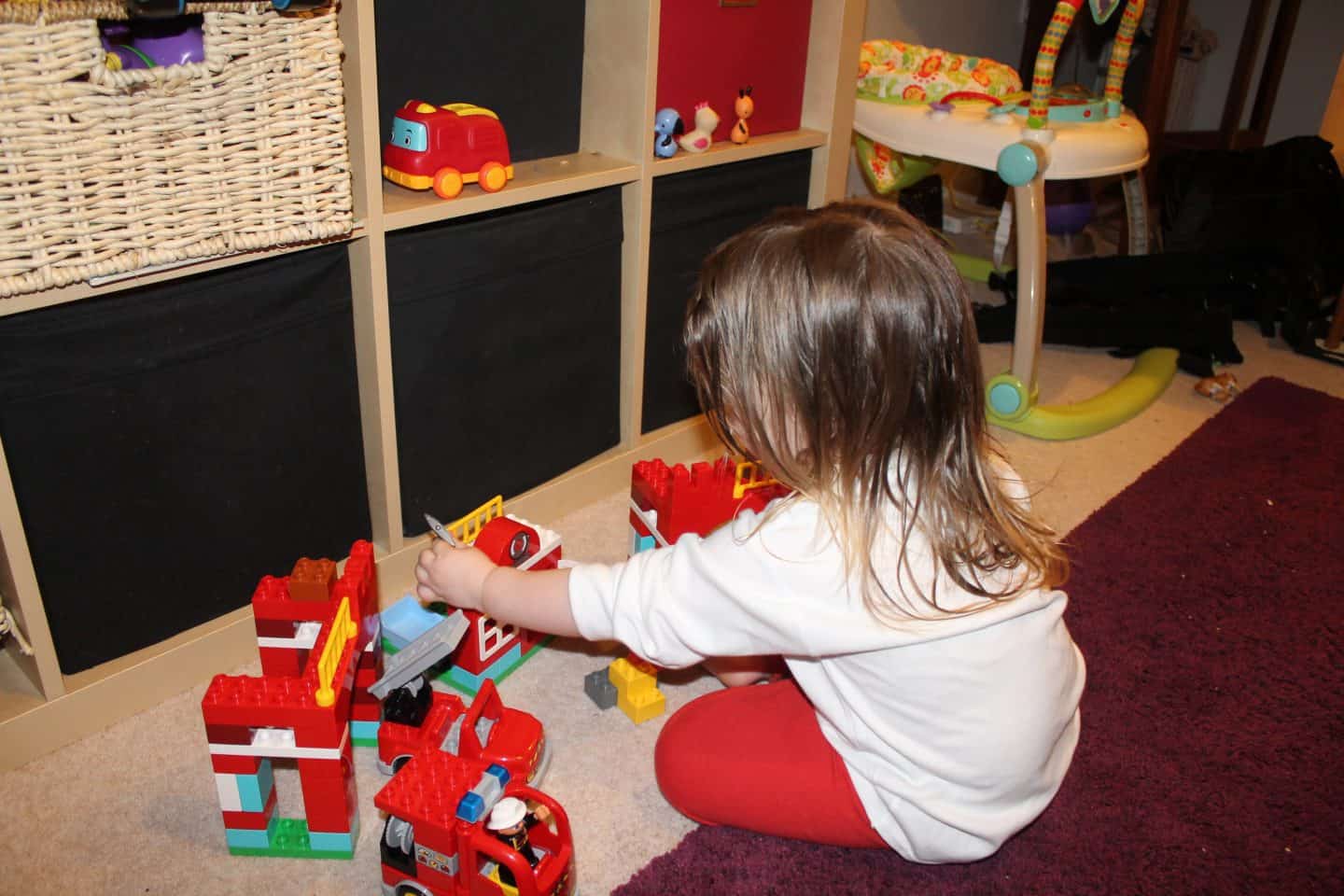 So a huge thank you to Duplo for making one little ‘nee-nor’ obsessed girl very happy, she loves her fire engine T shirt too!