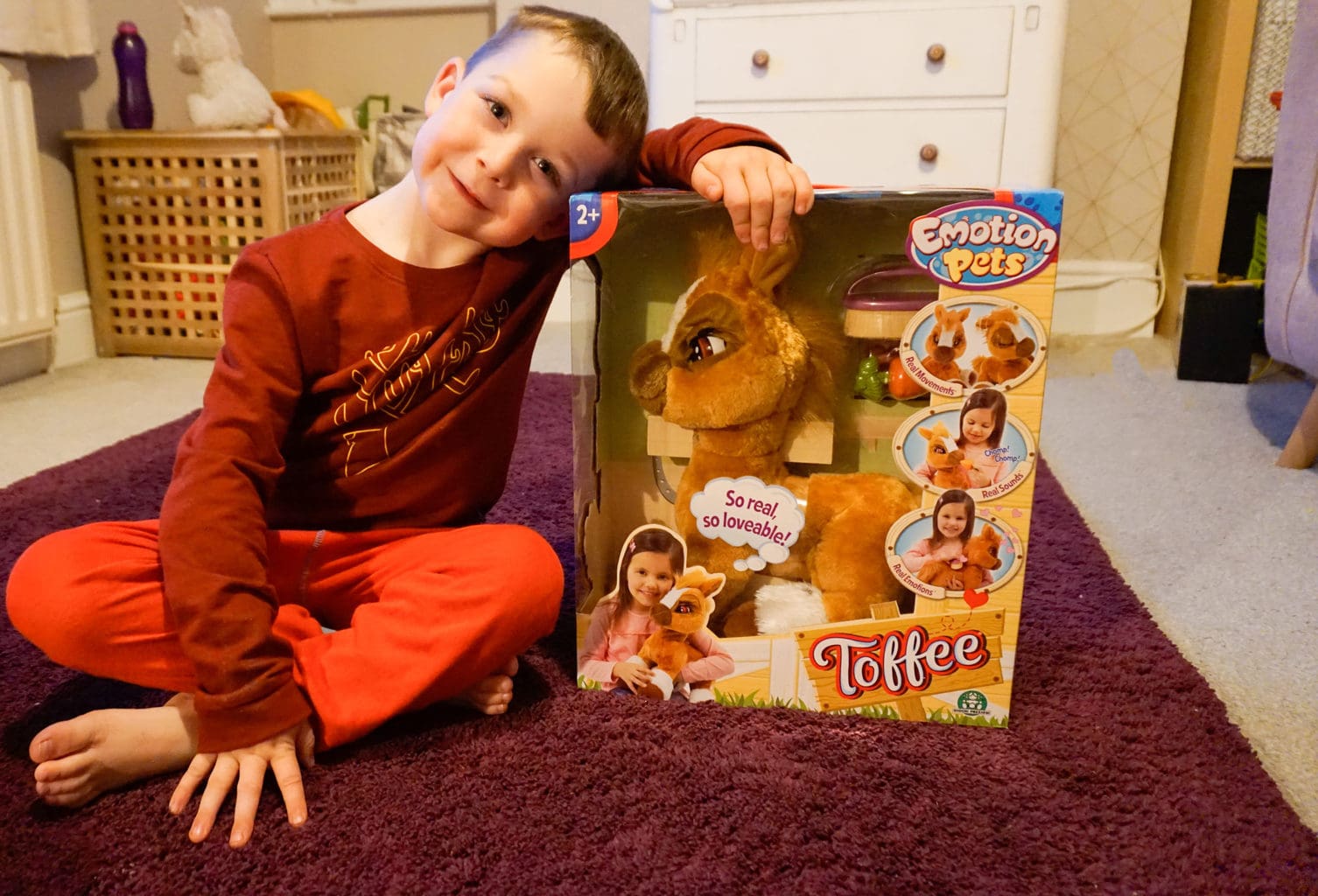 When your child reallllly wants a pet but you don’t have  the time/room/money (especially when they’d quite like a pony!)  Emotion Pets are a great way to   give them the pet experience . We have been sent Toffee the Pony from the  Emotion Pets range available at Very. 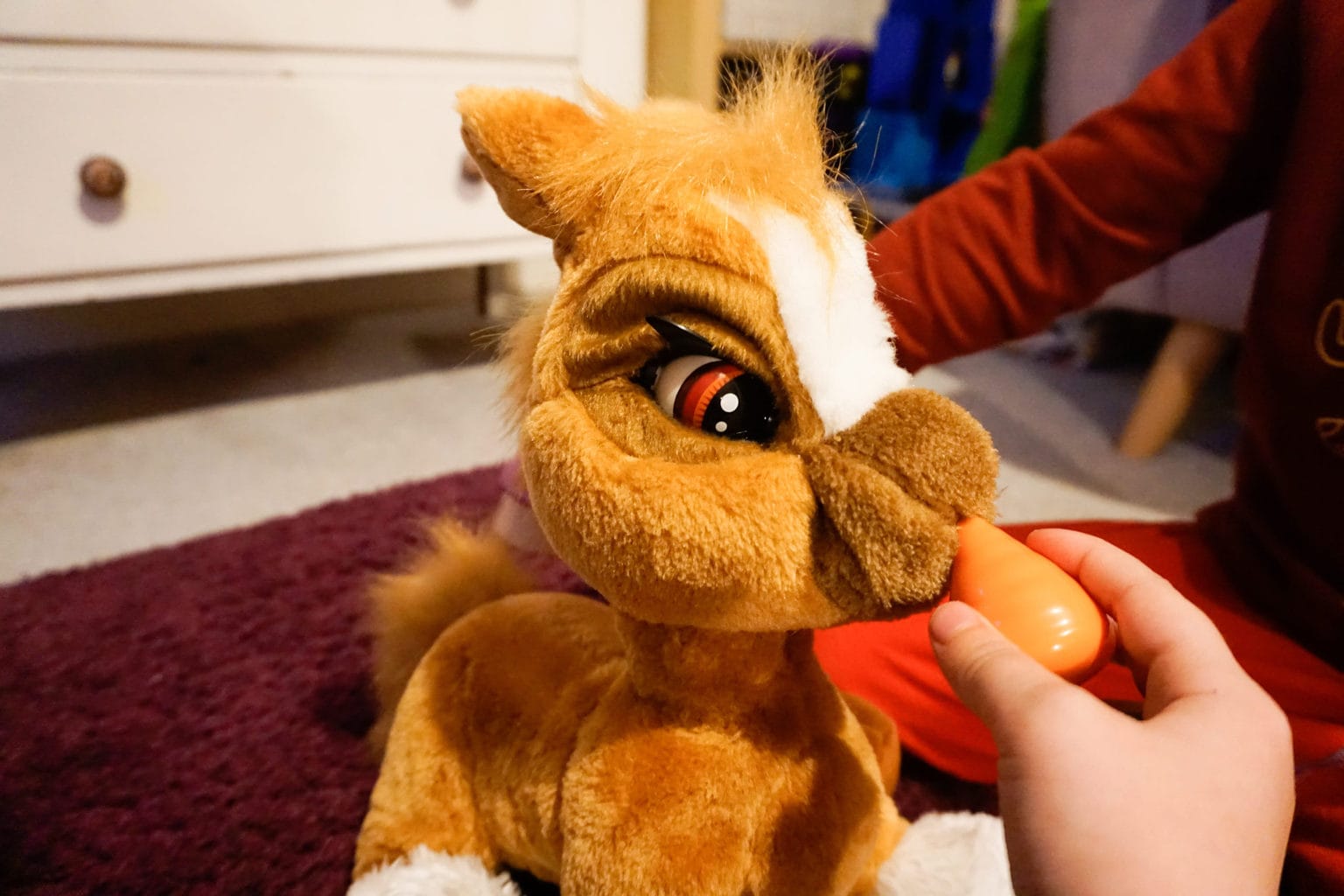 Toffee the Pony is a super soft plush  toy with animatronic eyes and ears, who also makes a variety of noises and sounds.  He requires 3xAA batteries, which do not come included. The battery pack is tricky to get to  in his belly but this is a good thing really as it means the kids won’t be able to accidentally take them out- especially as the toy is suitable for ages 2 plus.  He comes with a  plastic carrot and brush  so you can ‘feed’ and groom him. The brush is a bit of a disappointment to Arlo as it’s fully plastic just shaped like a brush, rather than being a brush with bristles, though he has still been using it to brush down Toffee’s back. 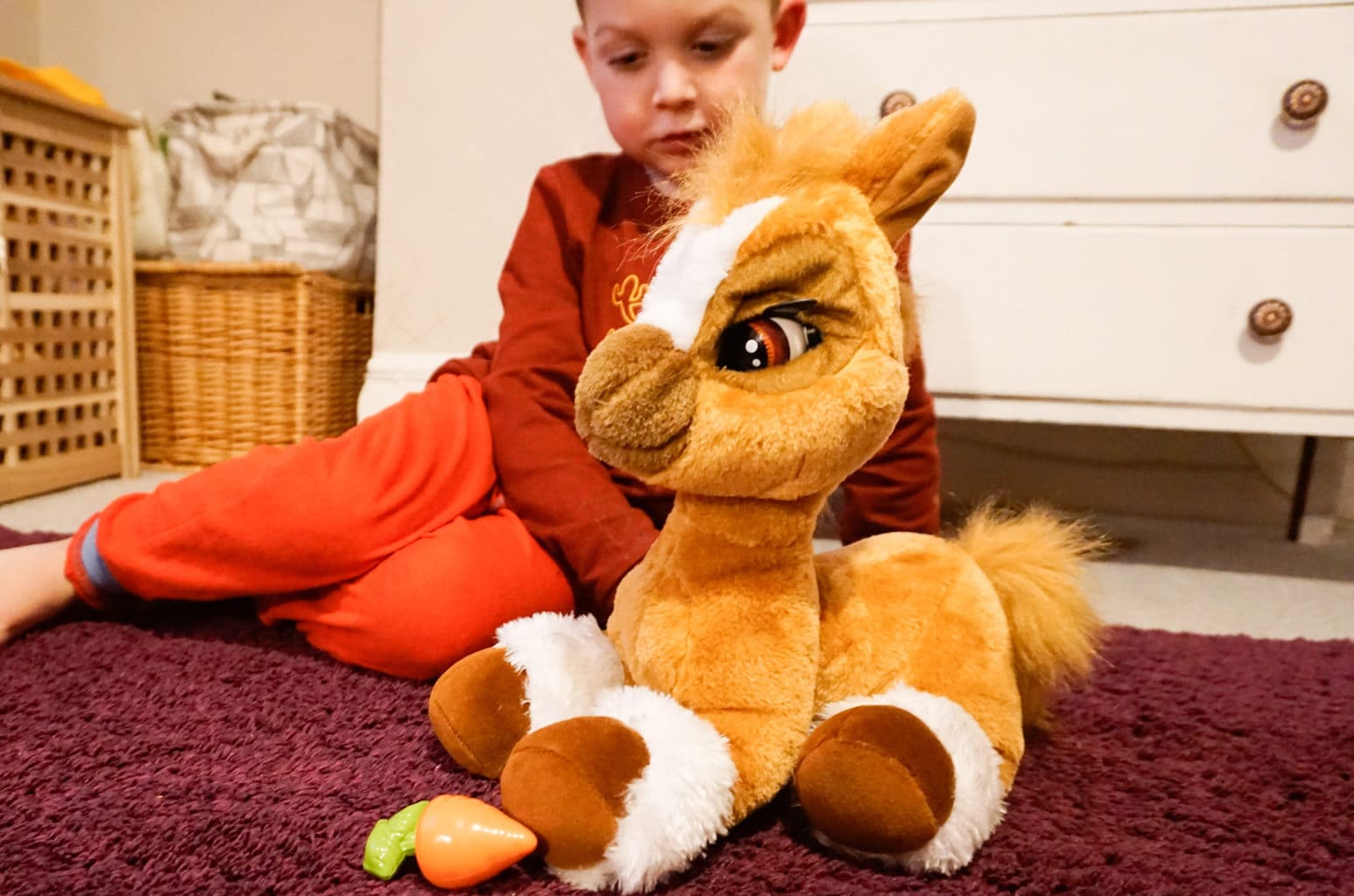 When Toffee the Pony wakes up it’s up to the owner to   decipher his mood   from the sounds and actions that he makes. He has seven interactive functions and will call out when he wants attention, and the owner needs to interact with him in different ways  to keep him happy! 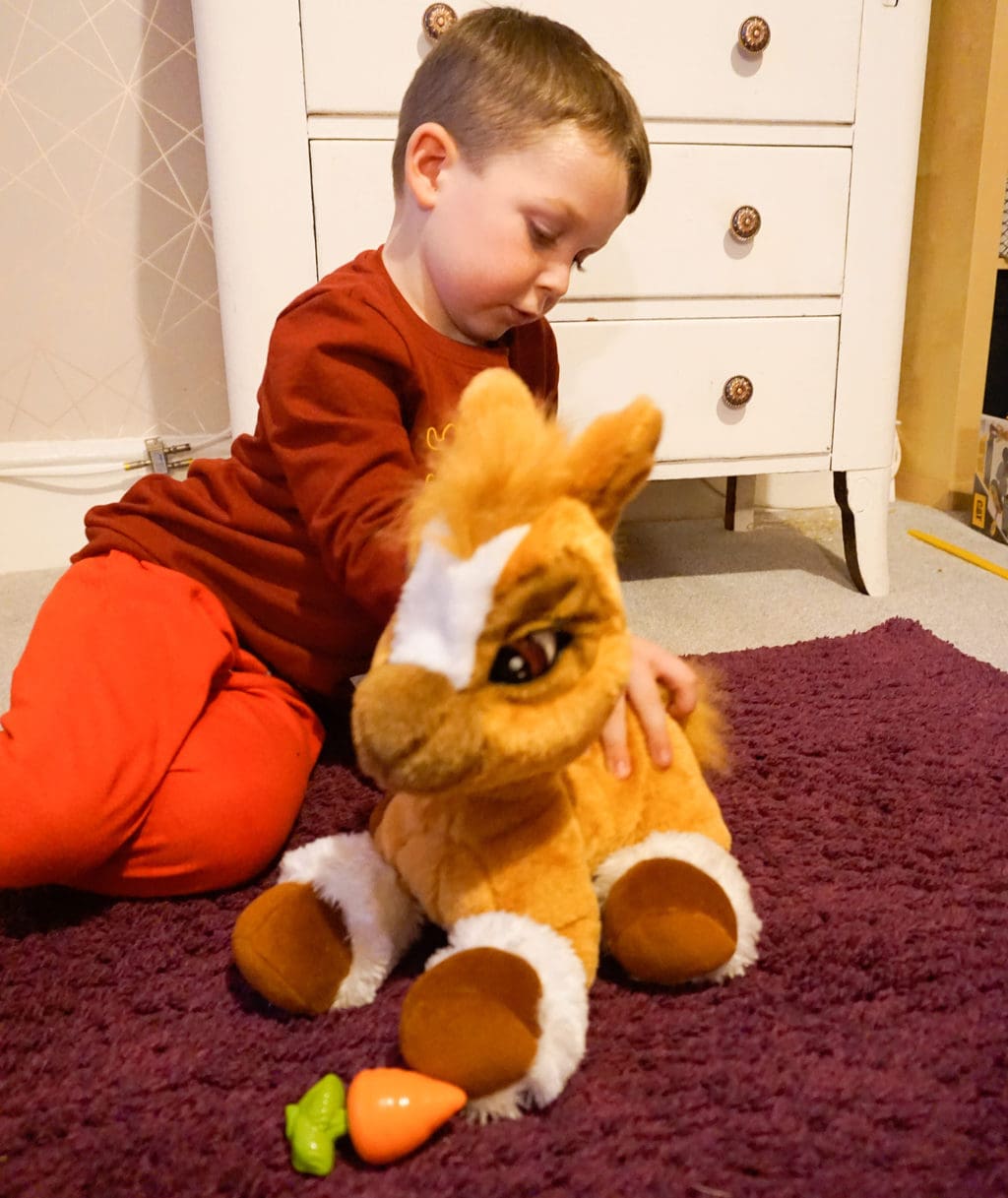 You can tickle and  stroke Toffee, or just give him cuddles and hear and see his  eyes and ears move.  When he’s happy and has had enough  and gets sleepy he will drift off to the land of nod and shut his eyes. But be careful, loud noises scare him! Make sure you read the  instructions properly so you know how to help your child interact with him to make the most  out of the toy, for example the button on his back that is triggered by the brush.

Arlo is really  so happy to have his very own pet,   and has been so keen to look after him and make sure he is fed.   I think Toffee the Pet would be  a great companion for  kids up to around 8 or 9, as Athena (who is 6) is always trying to play with him too – when Arlo lets her!

Get toffee from Shop Direct at Very  .