Athena discovered Vampirina a few months ago, and it’s definitely in her top 5 favourite TV shows at the moment, and it’s also one that the kids will happily watch together, despite the main character being a girl (Arlo is a very typical just turned 3 year old boy, despite us trying to get him to like or even just appreciate everything he is very firmly of the ‘boys are better’ opinion right now!) Anyway, the show is about a little Vampire who moves to a new town as her family opening a B&B for ghouls and ghosts and the like! It follows her story as she starts a new school and makes new friends. For the eagle-eared parent you may spot two well known voices as her parents as they’re voiced by Lorelei Gilmore and Dawson from Dawsons Creek! Is it just me that looks almost every show up on IMDB to see who plays who? So basically we all rather like Vampirina and now Athena can be Vee in her new Boo-tiful Vampirina Dress! 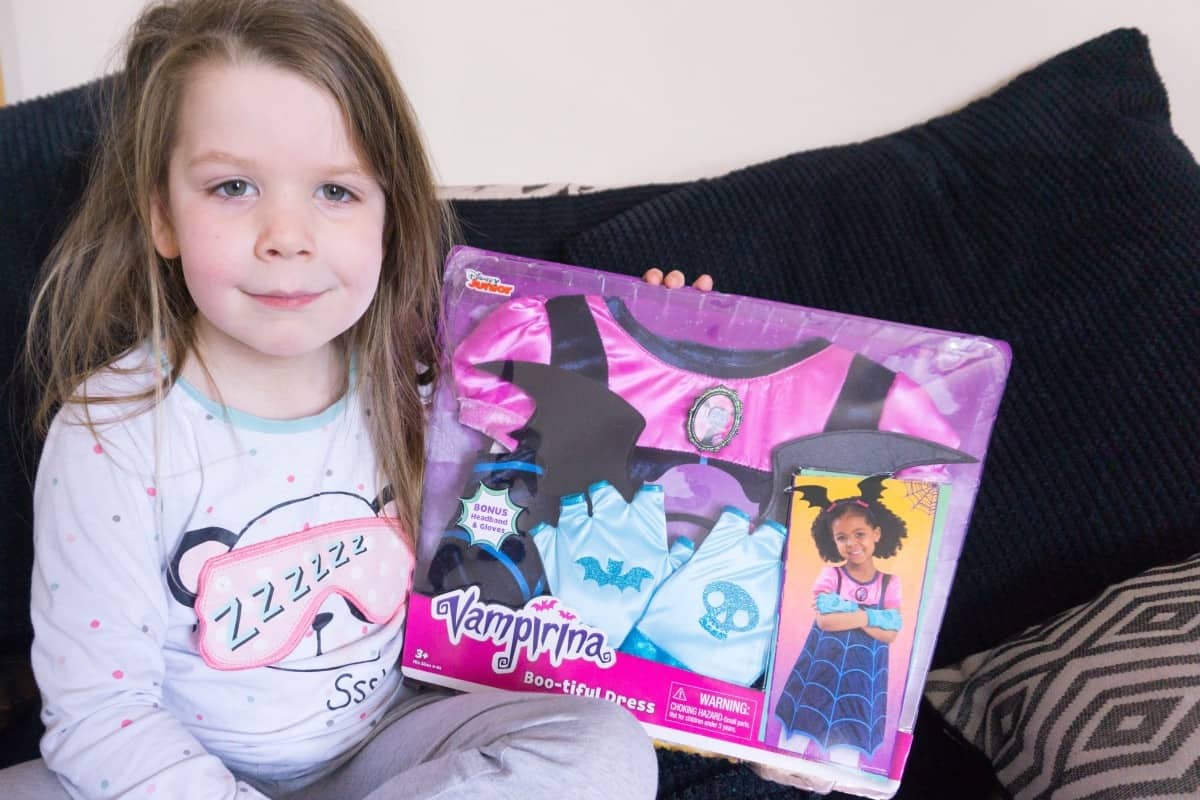 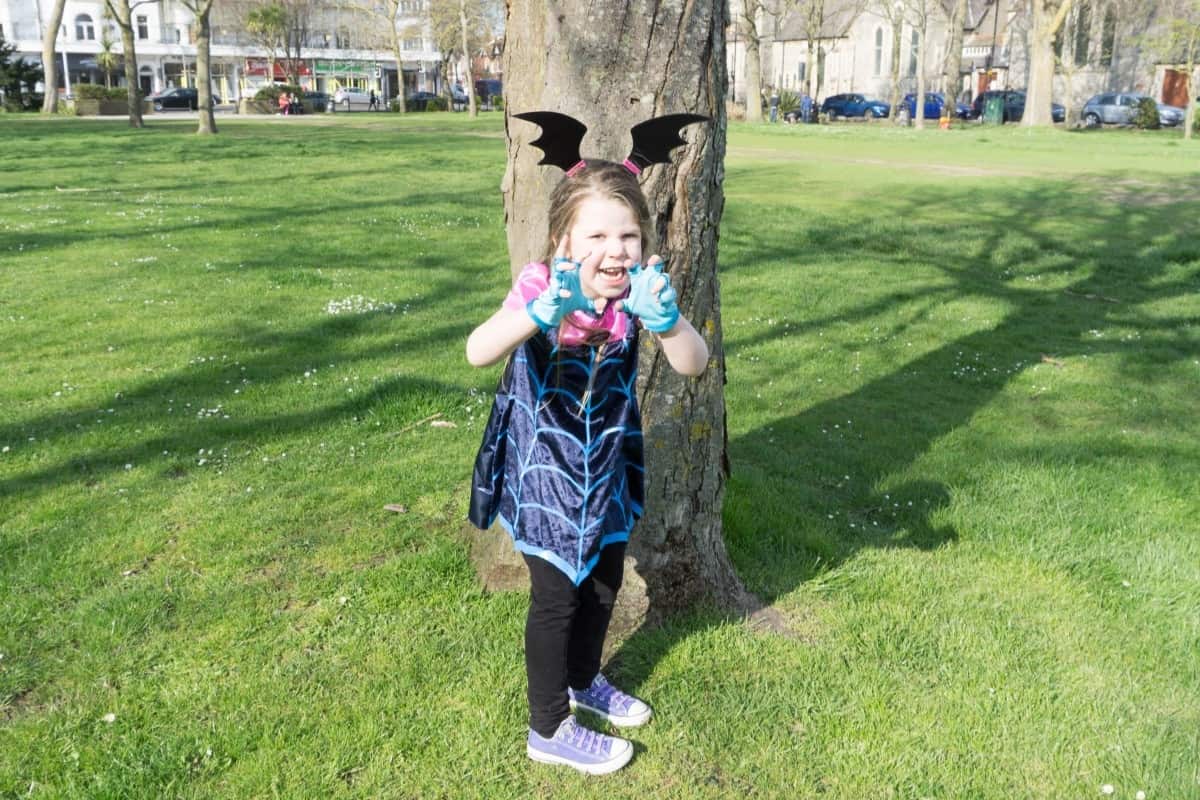 Athena was over the moon when I showed her the box, and once I had fought to get it out in one piece (due to the excessive amounts of plastic tags keeping it attached to the cardboard!) she was in it like a shot! It’s obviously she really loves it, as she had to wear it into town, to lunch and then there was a little fight to get it off her for bedtime! Consisting of a dress, bat-wing headband and fingerless gloves its a very good replica of Vampirina! 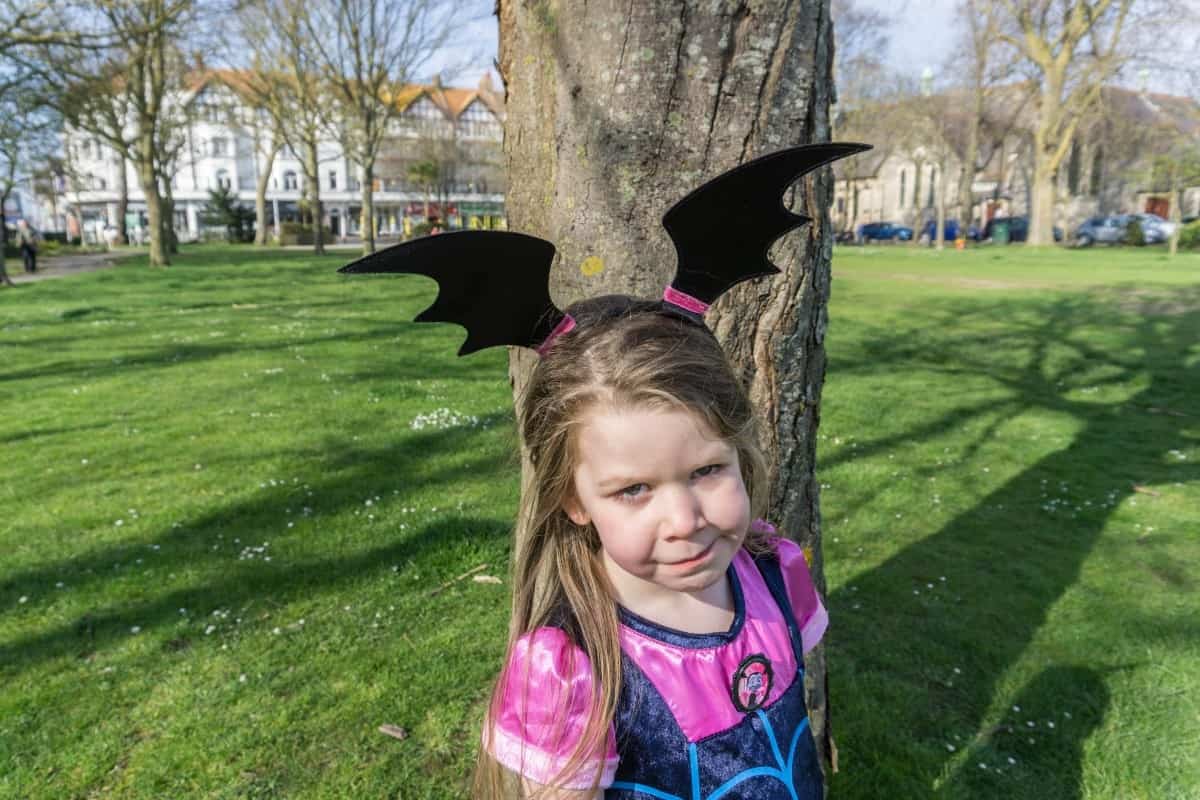 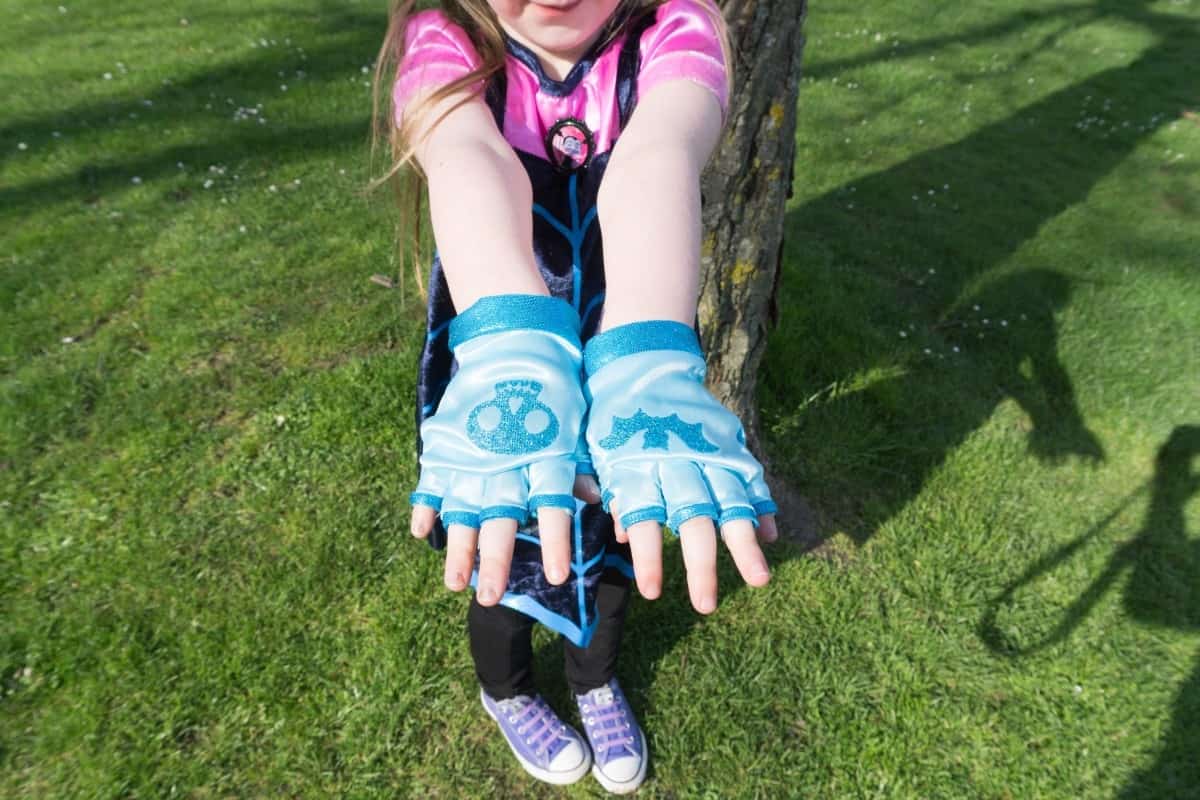 The dress is navy with a cobweb design, and is nice a free flowing so it should fit most kids of about 3.5 up to 6 ish I would reckon. It does up at the back with velcro. The gloves are stretchy so will fit fine, and the headband was also a generous size, if anything a little big which surprised me as Athena has quite a large noggin! I slipped it into a half pony tail for her which kept it in place and she loved wearing it around town, hiding behind racks of clothes in shops and shouting BOO at me as I walked past, and a few times when other people walked past, whoops! 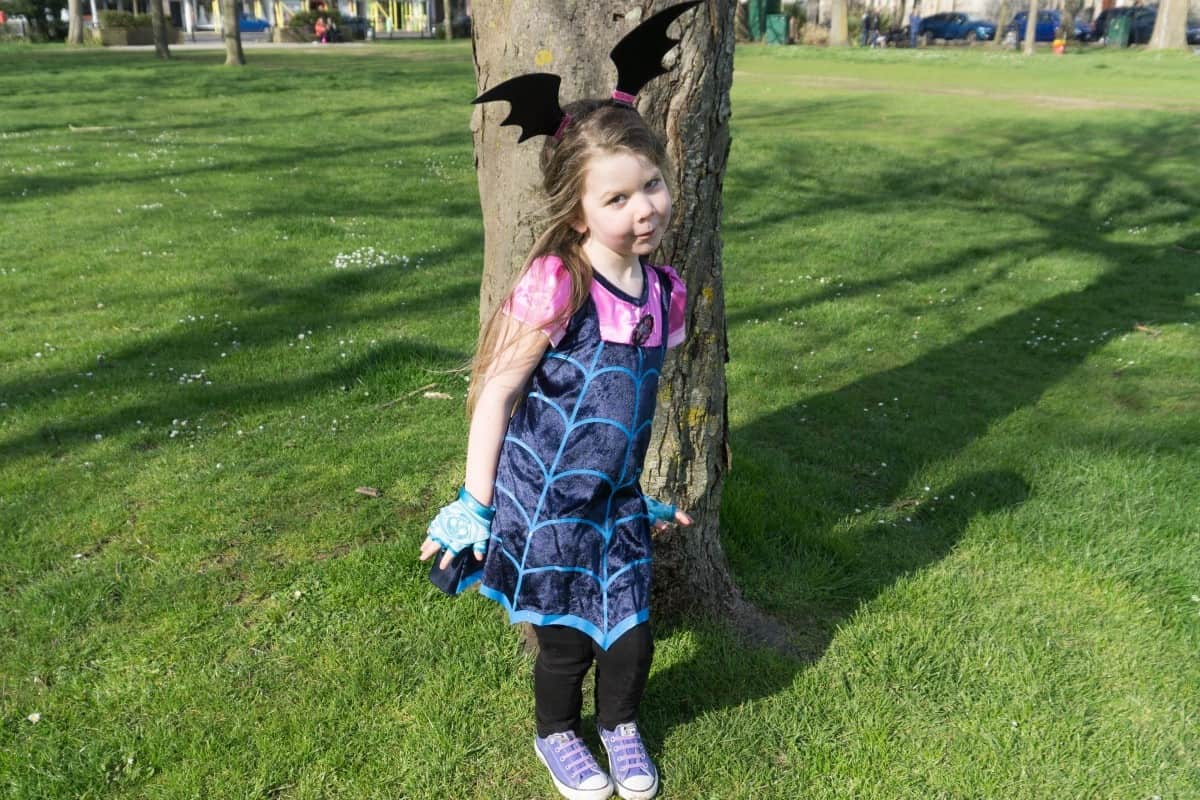 It’s quite light weight and made of polyester, so will catch on things easily and needs to be hand washed if it gets grubby, but it’s definitely on a par with other costumes at a similar price.

You can view the full range of Disney Vampirina toys and costumes here on Smyths Toys.