To be honest there is a fair amount left to do, but it is all on lists and I have plotted time to do more or less most of it, and once various family members start to arrive a couple of days before they can help too! I’m by no means a perfectionist and have been pretty laid back about it all so far so hopefully I wont turn into a bridezilla if anything goes wrong/gets forgotten on the day!

My friend Tina came over last week and trimmed and dyed my hair for me, so it is its natural dark brown all over, bye-bye ombre, I miss it already but its been two years of the same so time for a change, and much as I do love how it looked, it was really ratty at the ends and i’m not sure my 60 year old self would look back at my pictures an appreciate it! although who knows what hair styles/colours we’ll be sporting by then! 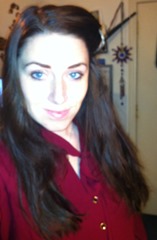 I had the week off after my hen do to try and get a load of wedding tasks done, and succeeded in most of them! Sam’s dad also came to stay for a day, and met my mum (they’d not met each other before) so we went to afternoon tea at the Grand Hotel, which if I am honest was a bit of a disappointment! (it was too hot, they were refurbing the spa underneath where we were sat, and the sandwiches were no bigger than my thumb!) However as Sam works there he talked to the restaurant manager who came round with a glass of prosecco for everyone in the restaurant, which was sweet! I also cant really complain as we were heavily discounted as he works there… anyway here is what we ate; 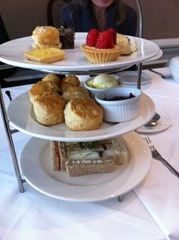 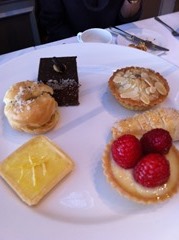 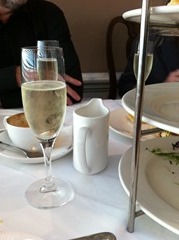 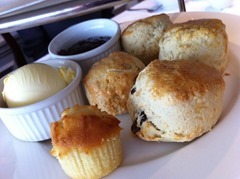 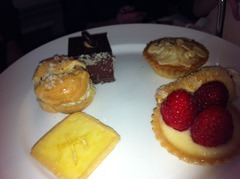 I meant to get a whole load of bits done on Sunday but spent most of the day cowering in bed with a really sore throat and headache, which later turned into a major upchuck session which was pleasant. AND I couldn’t get the lid off the jar of honey to make a honey and lemon drink, which annoyed me profusely. I did manage over the course of the week to watch the entire first series of Sabrina the teenage witch though!

Anyway, please don’t expect much more in the way of posts from me between now and getting back from my honeymoon, but I’m almost at 200 posts and will try and do a giveaway of sorts then! I did have a few half done posts and questions posts and tags etc, but lost them all when my old laptop died last month, sorry folks! I also plan to get back into cooking pre Christmas so hopefully will get lots of recipes up to share. I haven’t even thought about Christmas yet (understandably, I think!) this year, so it will be a fairly low key event.

Hope that everyone is doing cushtily (that’s not a word) and sorry that i’ve not been reading and commenting as much as I normally do!

8 thoughts on “Wedding minus 11 days”