I’d never tried eggnog before I made it, partly because I am normally a bah humbug, and partly because I am lactose intolerant. However, I decided I wanted to try it, couldn’t find it anywhere ready made (because we’re not in America, obviously) so decided to make a little batch to see if I liked it. I did, although my stomach hated me for it. 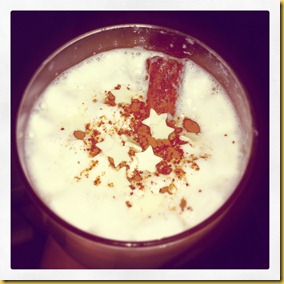 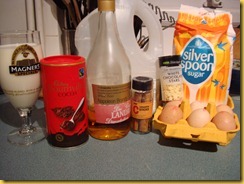 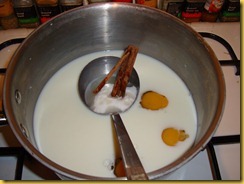 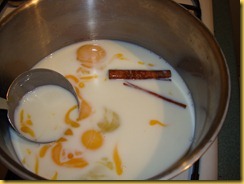 Bung ALL of the ingredients (in italics from the list above) and heat GENTLY, stirring slowly. Don’t let the heat go too high or your egg will begin to cook. ick. 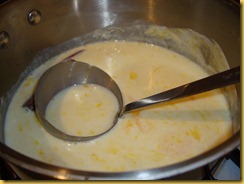 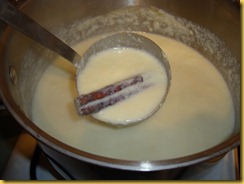 after about 5 minutes the mixture should become thicker, you’re done! 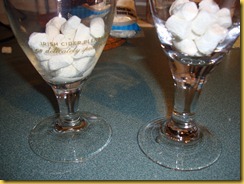 I put a handful of mini marshmallows in the bottom of heavy goblet type glasses (please wait for it to cool a little, as the glass will be hot, and thinner wine glasses could well shatter!) 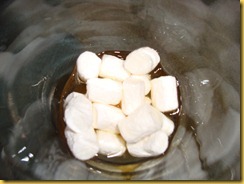 Added a dash of brandy in before adding the eggnog! You could also use Baileys or a flavoured liquer of any kind I guess… mint baileys for sure next time! 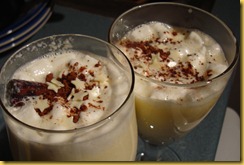 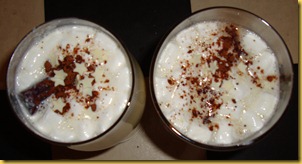 Decorated with cocoa powder and white chocolate stars, and flung the cinnamon stick into my glass for the pretty factor! 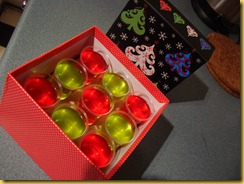 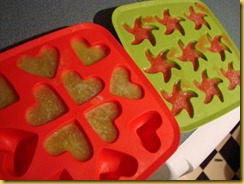 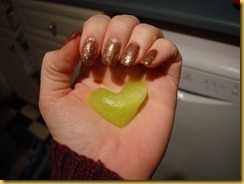 My housemate Lynne made vodka jelly shots for her secret Santa at work, which I thought was a brilliant idea, cheap, cheerful and you’re sure to get one too! She had a load of mixture left over so we filled out ice cube trays and now have jelly vodka ice cubes. scrummy!

I *think* that’s the end of my festive foody posts, if you missed the others they were Mulled Cider, festive cookies & chicken Pie (substitute chicken for turkey to make it úber festive!)

Annoyingly I left my Christmas food grocery shop till today, and asda, tescos and waitrose have all run out of delivery slots before Christmas! Will either do it in stages, or do it late one night at Asda in the Marina and get a cab home! Still haven’t decided quite what to cook on Christmas day yet though… I’m a little anti turkey so am hovering between gammon or duck. Or both.  Am cooking for four this year, so maybe both…

5 thoughts on “In which I make Eggnog”