Another week has shot by, and I think I wrote last weeks Sunday Scrapbook post on the train into London, so I’ll start there. London was pretty busy as it was the Marathon, so by mid afternoon there were a lot of tired looking people hobbling around wrapped up in shiny blankets looking mightily annoyed that the trains from Paddington and Victoria were delayed or cancelled… I mean I was pretty grumpy about getting to Victoria then having to head off to London bridge via Blackfriars for my train home that with a change on the way too… but I’d just been walking all day not running a marathon! I met up with my friends and we strolled through Hyde Park, had tea in the courtyard at the V&A and then went and ogled the jewellery and lots more inside. I can never get bored of wandering around this museum – it’s my favourite by far! 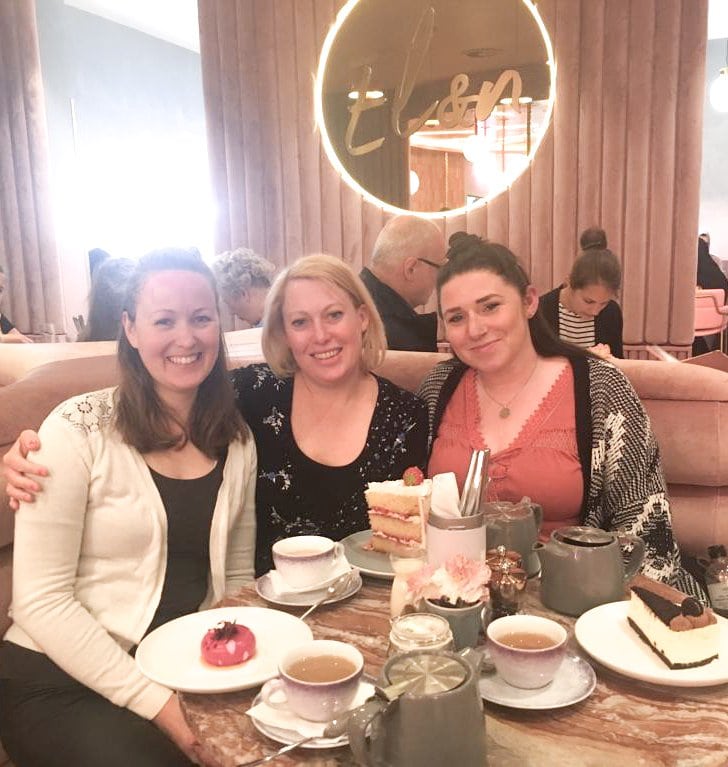 We found a pub for a cosy lunch spot, then headed to the very picturesque Elan Cafe for the tastiest Oreo cheesecake I’ve ever eaten! It’s incredibly pretty and ‘instagrammable’ inside too, with floral walls and carousel ponies to pose on… though I didn’t! After that we strolled back through the park and then I did a quick dip into a couple of shops on Oxford street for smart tops I can wear for client meetings. It was nice to spend the day doing whatever we fancied without interruption from small children, loo breaks and food requests! 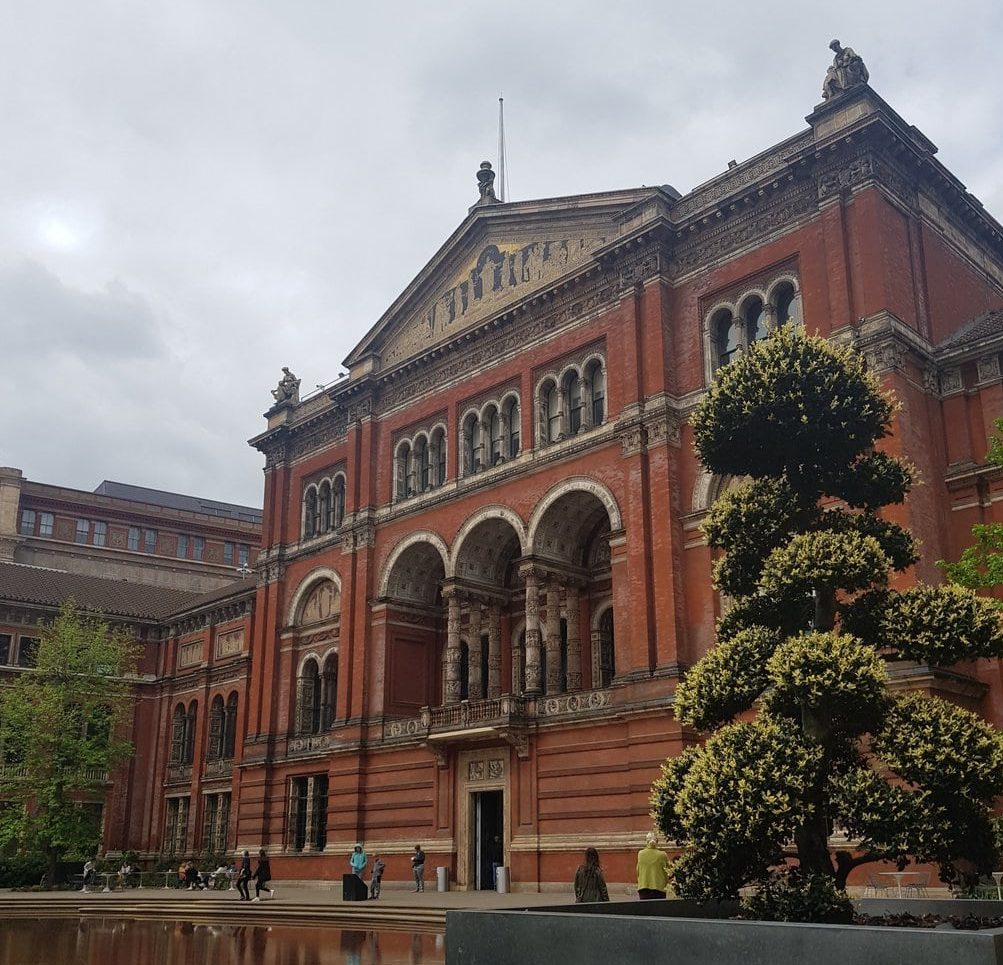 The rest of the week was fairly full on with work and kid-related appointments. On Monday it was school runs and double swimming, Tuesday I was working at a clients office and Wednesday the kids had Gymnastics after school. On Friday I had my last laser hair removal appointment, then we went to visit a new childminder. We need to find someone who can pick up from school next September as our current child minder picks up from a different school and can’t be in two places at once sadly!

We spent an hour or so in the woods after school on Thursday, which was a nice way to break up the monotony of school runs and rushing back to work, we went looking for bluebells and were’t disappointed! 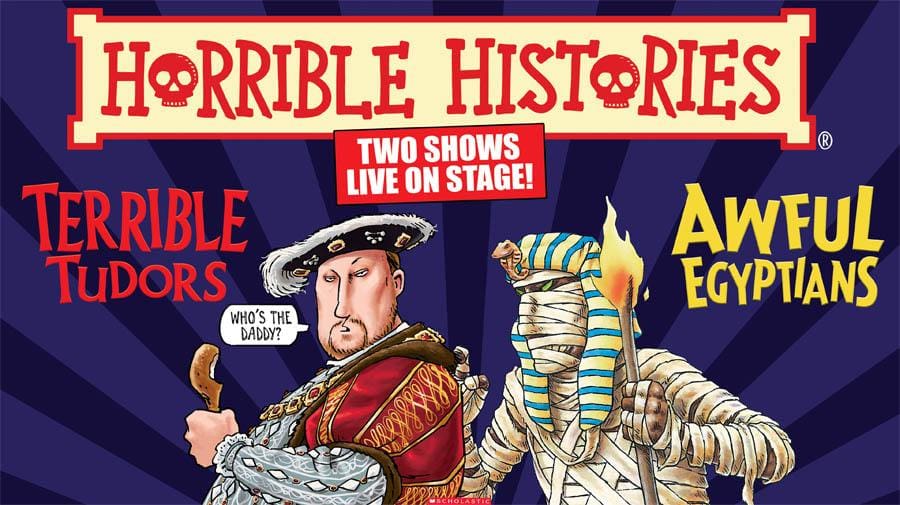 On Saturday we were invited to see both Horrible Histories shows by Worthing Theatres, as they were showing Awful Egyptians and Terrible Tudors on the same day. The kids are both huge fans of the show on CBBC and Sam and I both learn thing we didn’t know from watching too! The stage shows are really well thought out with a cast of three taking on different roles, with the use of props, audience participation and a big graphic screen behind them. In the second half of each show has 3D sections where various things ‘fly’ towards you! Don’t worry about taking your own 3D glasses as these are provided in the interval. 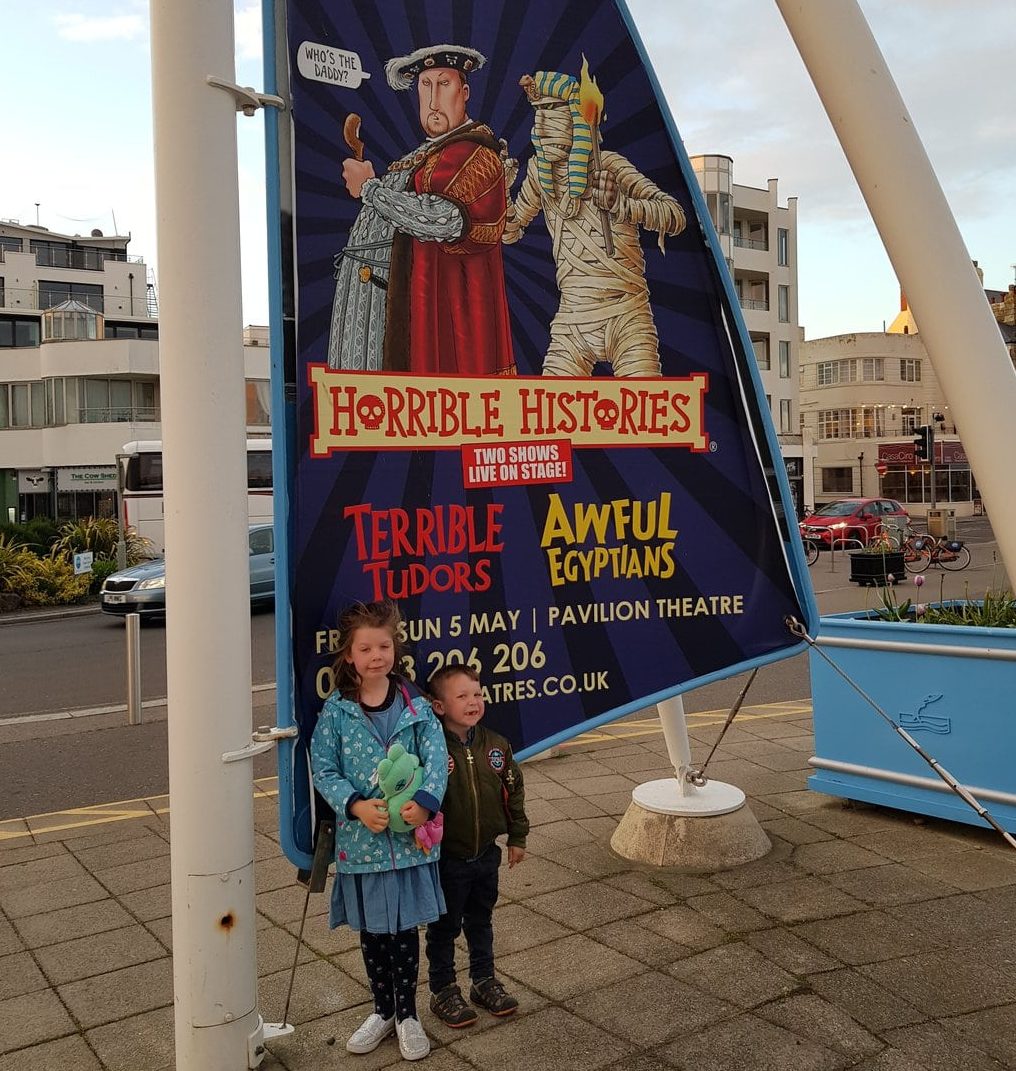 Both shows had nods to current affairs in them (hello Trump & Corbyn) for the adults in the audience, but really the show was entertaining enough for all ages without them, though it did make us chuckle! Neither was too gory or scary, just the right amount of ‘mild peril’ for the kids to sit up and take notice and do a bit of light cowering behind their hands! It’s hard to say too much without giving away the stories but I’d recommend the shows for any budding historians, my kids are 4 and 5 but there were kids right up to early teens in the audience looking enthralled! Awful Egyptians covered pyramids, death rituals and tomb raiders. Terrible Tudors gave us the low down on all the royals, what happened to criminals and even the Spanish Armada! 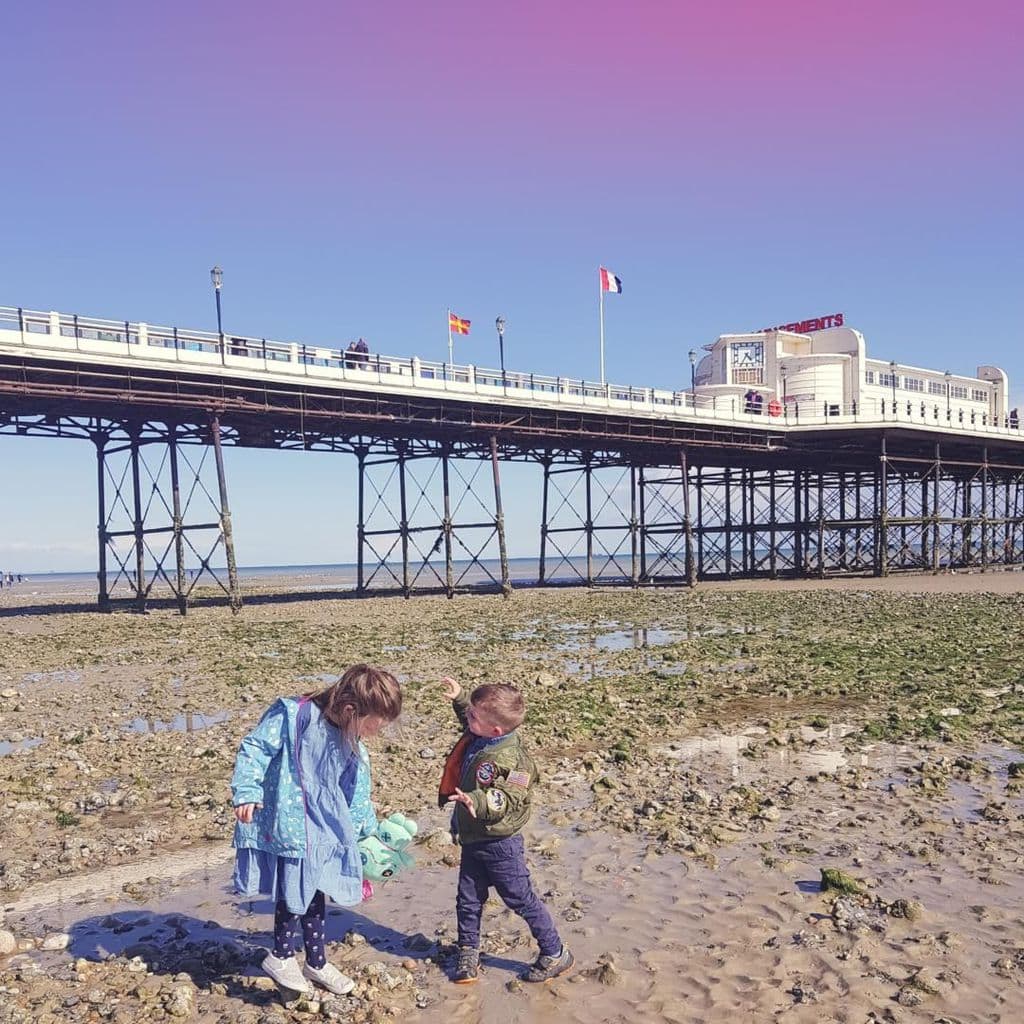 As the theatre is on the beach we of course had a play as the tide was so far out! Today we’re off to a friends for a BBQ – first one of the year!